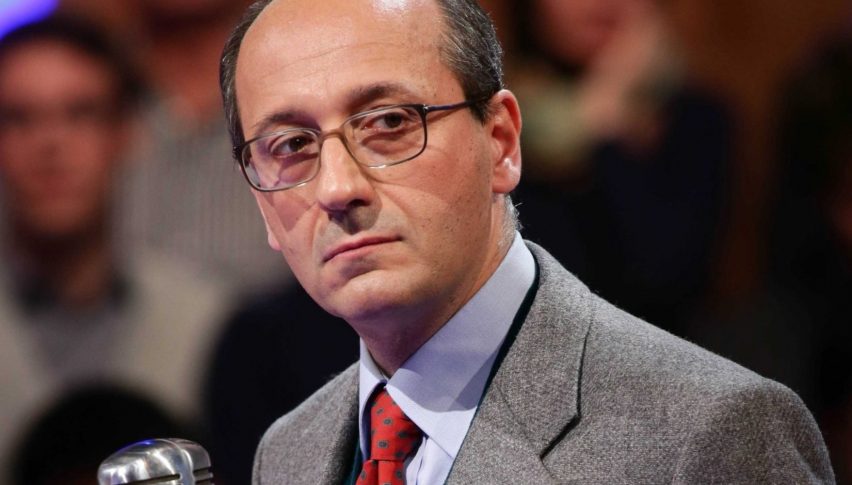 Hello Merkel and Draghi, this is the guy who said that the Euro is an economic monster

The new Italian government, which I don’t think will last long, has chosen the head of the Senate Finance Committee. This is not the post of the Minister of Finance in Italy, but it is important, particularly when this guy is appointed to the job. His name is Alberto Bagnai.

Bagnai is a Euro skeptic, hence the market sentiment turning negative immediately after he was appointed for the job. He has said before that the Euro was an “economic monster”. The implementation of the Euro could have been done a bit better, and that leaving some room for maneuvering for different countries would have made things easier, but I don’t think the Euro was/is a monster. The global financial crisis of 2008 which has left Italy, Greece and other Southern European countries would still be the same or probably worse for these countries.

Bagnai won’t remove Italy from the Eurozone and I don’t think he can do so even if he wanted to. But, investors are like pigeons – they get scared on any little danger and take off. This is happening in European stocks this morning after Bagnai took the job.

The risk currencies are on a bearish mode which went in our favour since we had a couple of sell forex signals In AUD/USD and GBP/USD. They both hit take profit this morning. Safe havens are also back in demand. Well, one more political risk out there in the forex world.