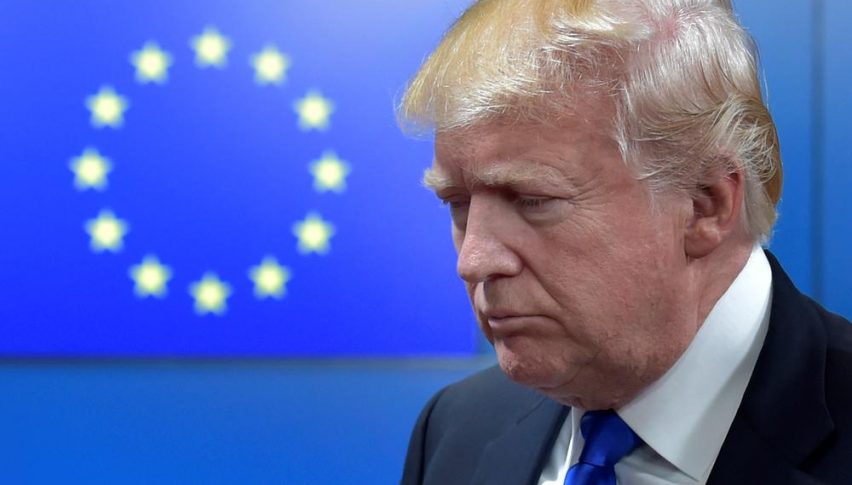 Yesterday, the European Union responded to Trump’s tariffs on Steel and Aluminium by introducing tariffs on some US goods worth around 2.8 billion Euros. That’s pretty small compared to hundreds of billions worth of tariffs that Trump is imposing on the rest of the world.

But Trump being himself, was up early today doing his usual job, tweeting. Here is his tweet:

“Based on Tariffs and trade Barriers long placed on the US and its great companies and workers by the European Union, if these Tariffs and Barriers are not soon broken down and removed, we will be placing a 20% tariff on all of their cars coming to the US. Build them here!

As I mentioned earlier, before this trade war even began, the major blocks – the EU, China and the US all had similar tariffs, worth around 1.4%-1.6% of their total import volume. But, Trump only looks at things from his angle. So, the trade war continues.

This will only hurt everyone. The economic outlook from manufacturers in the US, in Europe and in China has turned negative. It is no surprise – if you disturb international trade, business will suffer, while the rich of the lobbies will become even richer. The major economies will likely enter another recession if this BS goes on for too long and the ordinary citizens and employees will suffer the consequences.

The market sentiment turned negative immediately after the tweet. This threatens our NZD/USD buy signals as risk currencies turned lower. Although, we cashed in on our USD/JPY sell signal as this pair dived after the tweet.