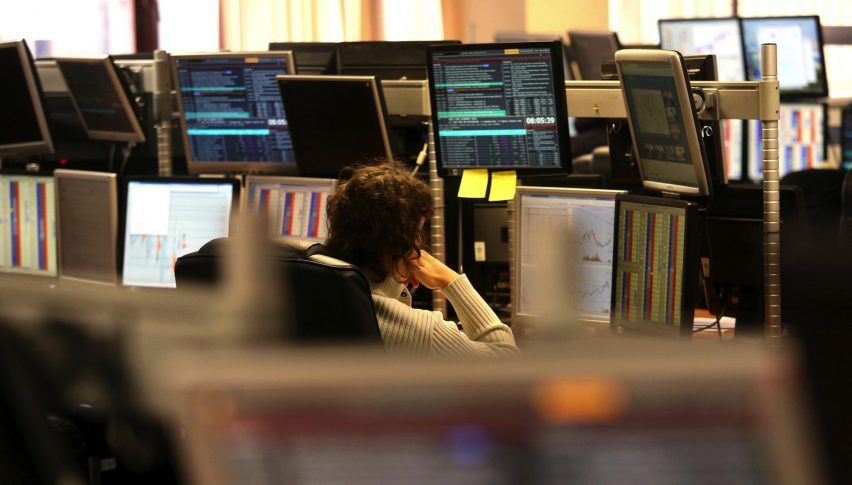 Forex Signals US Session Brief, June 25 – The USD on the Pullback Again

Last week, the USD completed another leg of the major uptrend which started a few months ago. But the uptrend stopped on Friday and a pullback followed. On Friday and most of today the forex market has been pretty quiet, trading in a tight range. But, in the last few hours we are seeing some action, which goes against the USD actually.

The Buck has lost some ground today and is under pressure at the moment. We also saw some run for safety in the early hours of the morning as safe-havens received some decent bids. USD/JPY tumbled 60 pips lower and it is not picking up, so the pressure is on the downside for this pair. I can’t blame USD/JPY sellers with all the tariff threats which will likely disturb international trade. Almost forgot, Erdogan won the general elections in Turkey yesterday and now he has become the supreme leader of Turkey. Just like the supreme leader of North Korea, isn’t it?

Erdogan Wins Elections – The Turkish opposition was hoping that it would come close to a victory in yesterday’s elections. But, Erdogan won the majority once again and his coalition has a comfortable majority now. There are loud claims of manipulation, but the Turkish Lira is moving up after losing 25% of the value so far this year.

German Ifo Business Climate – The business climate has been on a bearish trend this year. It started the year at around 117 points, but it has declined steadily. There were worries that it would deteriorate further this time given the trade war that’s been going through, but it came as expected and very close to last month’s reading. The Euro bulls must be relaxed after this.

EU Immigration Meeting – The EU had a meeting over the weekend, the main goal of which was to reach an agreement on immigration on a continental level. Surprise surprise, no deal was reached. Merkel has a deadline to find a solution until the end of the month otherwise there will be new elections in Germany. This week should be interesting for the Euro.

Merkel Still Looking for A Solution – The spokesperson of the German government popped up a while ago saying that Merkel is still trying to find a consensus among the European leaders. This weekend’s EU summit will be very important and if no deal is reached, the Euro should be in a freefall next week.

Chicago FED Business Activity Index – The Chicago FED business index was expected at +0.34 points but came at -0.15 points. The miss is bad enough but this is the lowest reading since January. Well, if you disturb international trade, the business in your country will be the first to feel the consequences.

US New Home Sales – The new home sales report is the only major data release in the US session. The trend has been up for home sales, having started the year at around 600k and increasing by 50k-60k as the year progressed. This month’s number is expected at 665k. That would be mildly positive for the USD. 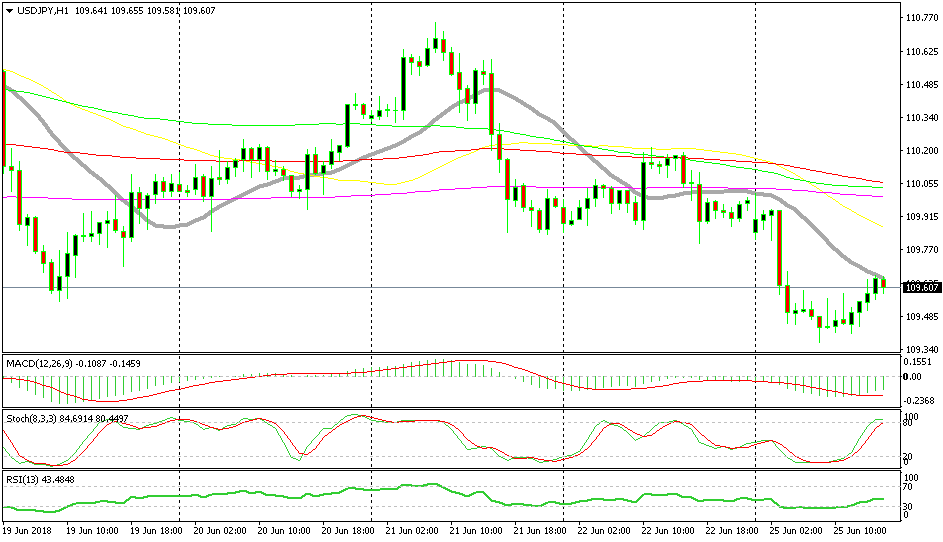 The 20 SMA is providing solid resistance

The trend in USD/JPY is bearish and it extended the bearish move during the night with the market sentiment remaining negative. Although, it has retraced up in the last few hours. The retrace seems complete since stochastic is now overbought. Besides that, the 20 SMA (grey) is providing resistance for this pair, so we decided to open a sell forex signal.

Looking at other markets and trading instruments, I can see that the decline in Bitcoin has stopped. It has formed a doji on the daily chart which is a reversing signal, although I will post another update on it shortly. Oil is back up following the bullish trend which it started last Friday, so the way to trade Oil now is to buy the pullbacks.