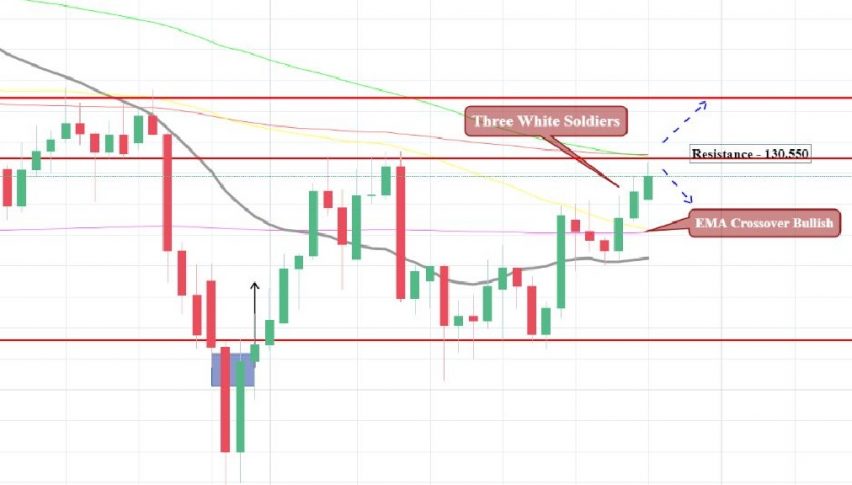 It was a nice call on gold and Fra40 today, as our forex trading signals closed at take profits. We may have another position in EUR/JPY during the U.S. session today. Who’s up for it?

The German Trade Balance figure rose from 19B to 20.3B which is a sign of economic recovery. In fact, it’s strong enough to encourage investors to hold their long-term positions in the single currency Euro. As discussed in July 9 – Economic Event’s Report, the ECB president Mario Draghi will appear twice in Brussels.

He is due to testify about the economy, monetary policy, and virtual currencies before the European Parliament Economic and Monetary Affairs Committee. Let’s see if he has anything to discuss regarding the ongoing trade war and recent tariff discussion on German Automotive industry.

On the 2-hour chart, the EUR/JPY has a bullish crossover on 50-periods EMA and the same level (129) is now extending a significant support to the Japanese cross. 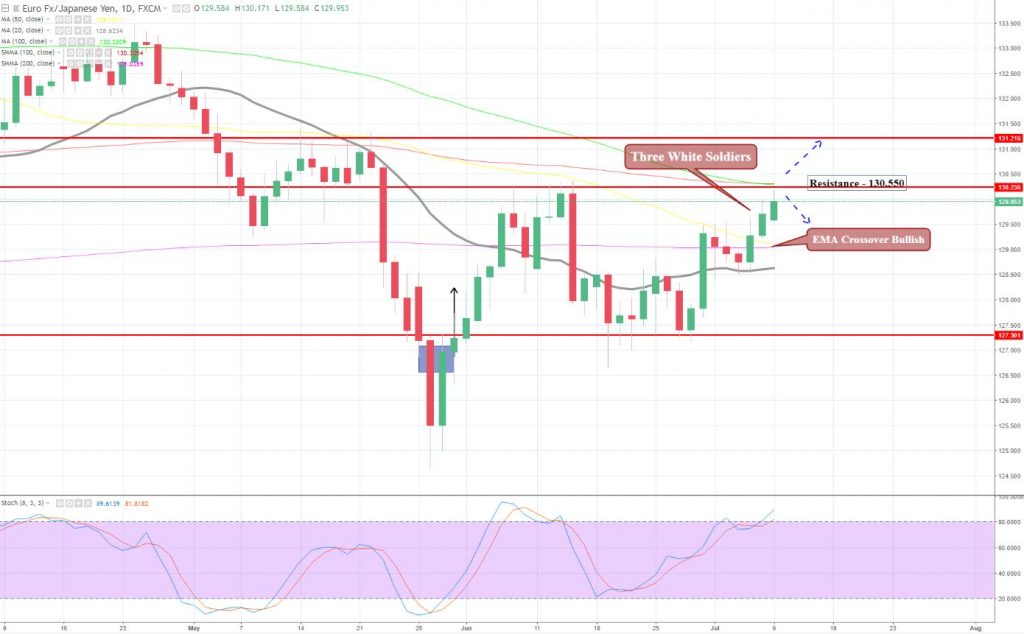 On the upper side, there’s a triple top pattern which is providing a strong resistance near 130.250. The RSI and Stochastics are in the overbought zone on the 2-hour timeframe, but we still have enough room for buying them in bigger timeframes like daily and weekly. Here’s a quick summary of support and resistance levels.