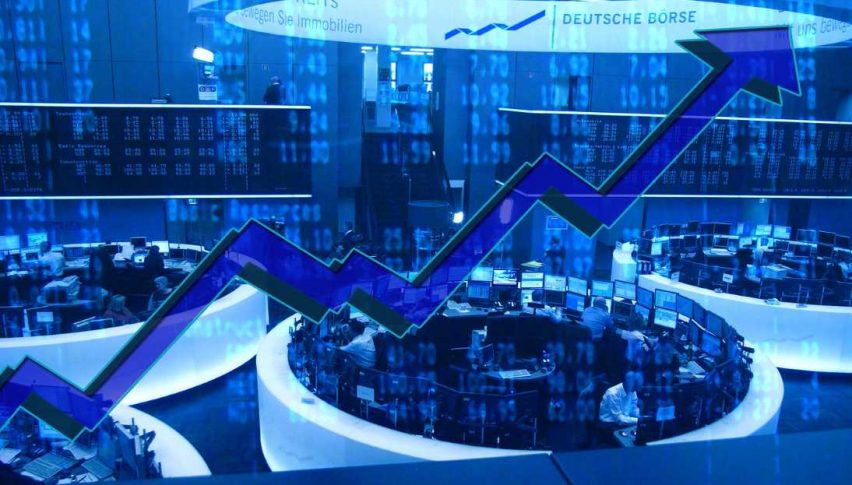 U.S. Indices Have Opened Heavily In The Green.

For the fifth-consecutive session, the U.S. indices have opened on a strong note. Looking to extend the winning streak of the past week, both the DJIA and S&P 500 are trending higher. With the economic calendar being wide open until Thursday’s CPI release, what is driving these markets?

The answer lies in upcoming corporate earnings reports coming out later this week. Earlier this morning, Pepsi-Cola released big numbers, spiking stock prices 4%. This is fueling speculation over the strong performance of banking monoliths JP Morgan, CITI, and Wells Fargo. Their reports are due out by Friday and will undoubtedly drive participation.

Today’s action is a product of knee-jerk trading. As soon as headlines over trade wars subside, sentiment shifts positively. Throw in predictions for exemplary performance from the banking sector, then optimism grows even further. Of course, trading is rarely that simple — even the best predictions often miss the mark badly.

After a robust Monday, Tuesday is following suit for the DJIA. As a result, September E-mini DOW futures have broken above the Daily SMA and are headed north.

Here are the support and resistance levels to watch for the remainder of the session:

Bottom Line: At press time, it appears the DJIA is on its way to the big round number of 25,000. This has been a value area over the last year, stimulating considerable two-way action each time it is tested.

Until elected, I will be selling September DOW futures slightly beneath the macro 78% retracement level at 25094. With an initial stop at 25126, this trade produces 32 ticks on a 1/1 risk vs reward management plan.

In the event that price continues to rally, this trade may go live later in the session. If so, shorting the 78% level is a positive way to play a retracement back toward 25,000 amid a slow news cycle.