Ethereum Climbs, but Will the Downtrend Reverse? - Forex News by FX Leaders 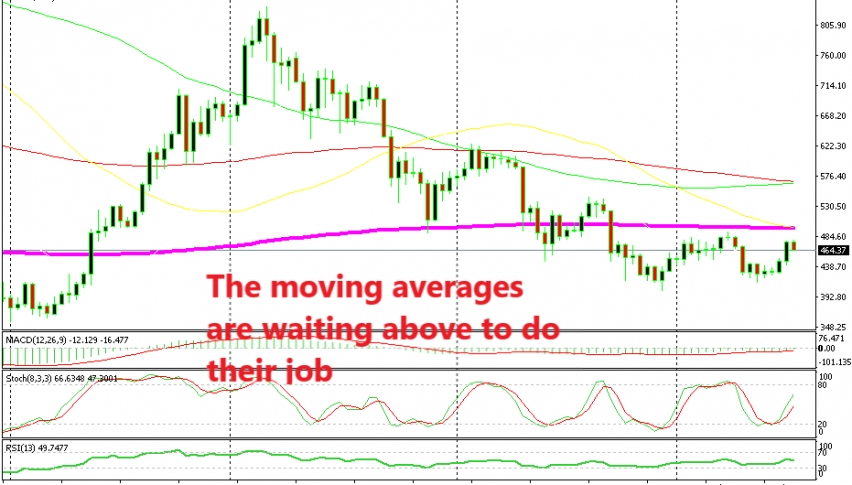 Ethereum Climbs, but Will the Downtrend Reverse?

Cryptocurencies made a turnaround yesterday and Ethereum followed the pack higher. Ethereum gained around $50 as the main cryptocurrencies accelerated their climb yesterday. The reason for the surge was that the giant hedge fund BlackRock announced that they would start investing in cryptocurrencies, or at least consider them as they formed a team for altcoins.

So, digital currencies have come off their lows and that is a positive sign. But, the major downtrend is not over yet. We see that the stochastic indicator is headed towards the ceiling of the window, which means that it will be overbought soon.

Besides that, there are two moving averages waiting for Ethereum above. The 50 SMA (yellow) and more importantly the 200 SMA (purple) are waiting above. The 200 SMA has provided support previously and now it is expected to turn into resistance.

So, the downtrend is not over yet for cryptos and the buyers face a tough challenge. If they manage to push above the two moving averages, then we might consider a trend reversal seriously, until then, the trend remains bearish.

MetaPay (METAPAY) Benefits Most from Market Going Bullish
2 days ago

As Market Tries to Rebound, Theta (THETA) Hovers Near $1 Mark
3 days ago