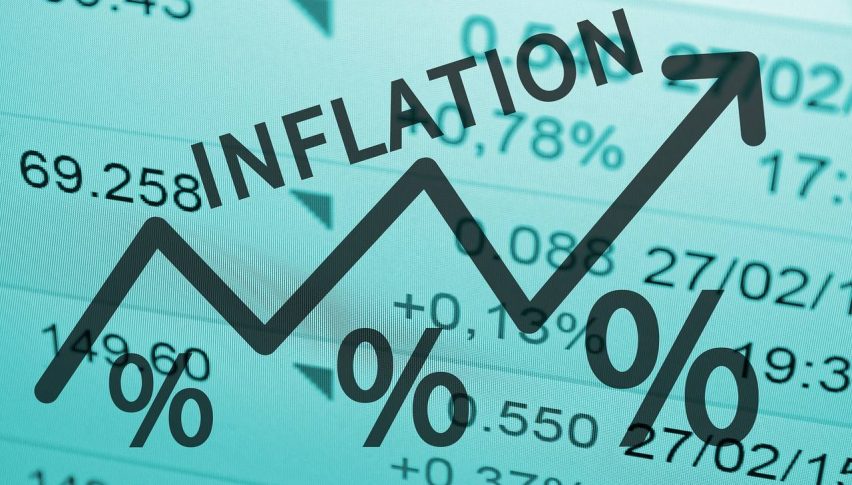 Inflation is cooling off again in Europe

Today is an inflation day in Europe. The main CPI inflation number remained unchanged at 2%, which is the target for the European Central Bank. Although, the core inflation number ticked down for the second month in a row. It wasn’t as bad as the turnaround in the UK inflation. The monthly CPI fell flat at 0% and the core number declined below the target from the Bank of England. This comes a day after the UK Prime Minister Theresa May survived a “putsch” from rebellious Conservatives who teamed up with Labours to take her down.

As a result, the GBP has been falling pretty fast and in the last 24 hours GBP/USD has lost more than 250 pips. Bitcoin and other major cryptocurrencies have completed the second bullish wave yesterday and are still crawling higher today. The US Dollar continues to be one of the strongest currencies out there, although, safe-haven currencies are charging ahead at the moment. Perhaps, the latest comments from Chinese officials saying that they will take further measures to respond to US tariffs have dented the sentiment in the forex market. Gold still can’t get its act together though, even when the sentiment is negative and that’s a big red flag for Gold traders.

Theresa May Threatens with New Elections – Yesterday, Theresa May barely survived a coup set up by Tory rebels who don’t like the Brexit outcome. They had the backing of the Labour Party obviously and she was very close to getting voted out in a vote of no confidence. But, she threatened her party with new general elections in summer and she passed the bill with just 6 votes of difference.

Trade War IS the Biggest Confidence Killer Says China – Chinese officials said today that the US trade war has become the confidence killer for the global economy. The US is fabricating excuses such as national security and if it continues like this, the world will fight back. Well, the Chinese make a lot more sense than Trump’s economics.

UK CPI Inflation – The monthly consumer price index fell flat on June and the core yearly number declined below the 2% target that the BOE has set. It came at 1.9%, although this could be a good thing for household consumption in the long run.

European CPI Inflation – The monthly inflation came as expected at 0.1% while the core yearly inflation missed expectations and came at 0.9%, down from 1.0% in May and 1.1% in April. The trend doesn’t look too good and the ECB shouldn’t be too hawkish now.

FED Chairman Testifies – FED’s Jerome Powell is due to testify on the semi-annual monetary policy report. Today is the second day. Yesterday, the Buck started its upward journey before he started, so perhaps we will see another jump today?

US Crude Oil Inventories – Last week, the US oil inventories declined unexpectedly by a massive 12.6 million barrels. Today, they are expected to decline by 3.4 billion barrels, but beware another major decline because Oil and the CAD took a beating last week when the numbers were published.

UK PM May Tries to Stay Alive – Theresa May said a while ago that the Chequers agreement and the Whitepaper are the basis for Brexit. The UK officials should make sure that a plan for no-deal Brexit is in place. Well, these comments surely sound like she is trying to convince some of the Conservative rebels to hold the lines and keep her in the job. 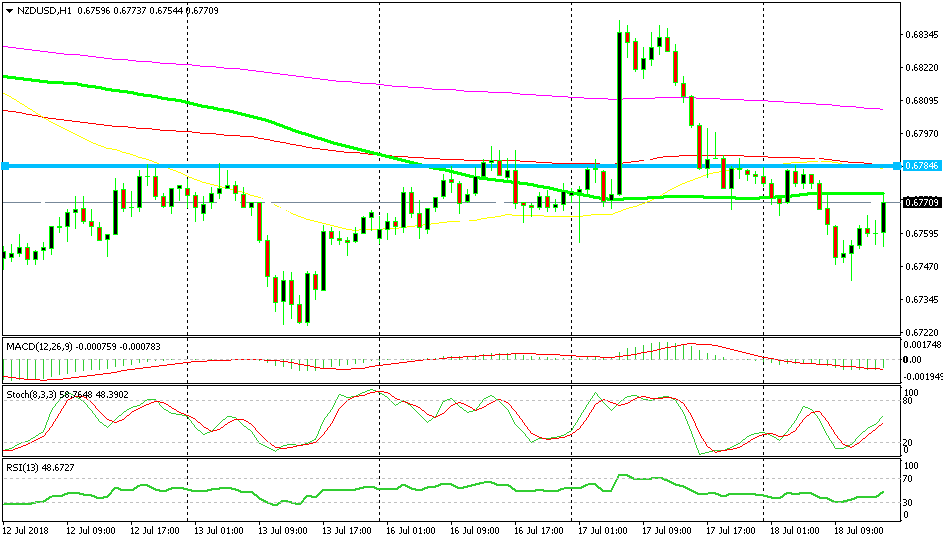 The 100 SMA is capping the retrace at the moment

NZD/USD turned bearish yesterday as the USD bulls charged ahead against all major currencies. Today, the bearish move extended further below but in the last few hours this pair started retracing higher. The stochastic indicator is almost overbought now so the retrace higher should be over soon. Besides that, we have a resistance level standing above the current price. That level comes at around 0.7885 and it has provided resistance earlier this week.

The market sentiment has turned negative after the comments from Chinese officials earlier on. The USD is also retracing now and some currencies are making some slow gains against the Buck, although to me this is a good opportunity to look for sell trades in the main pairs, including commodity dollars.