Selling the Retrace in USD/JPY - Forex News by FX Leaders 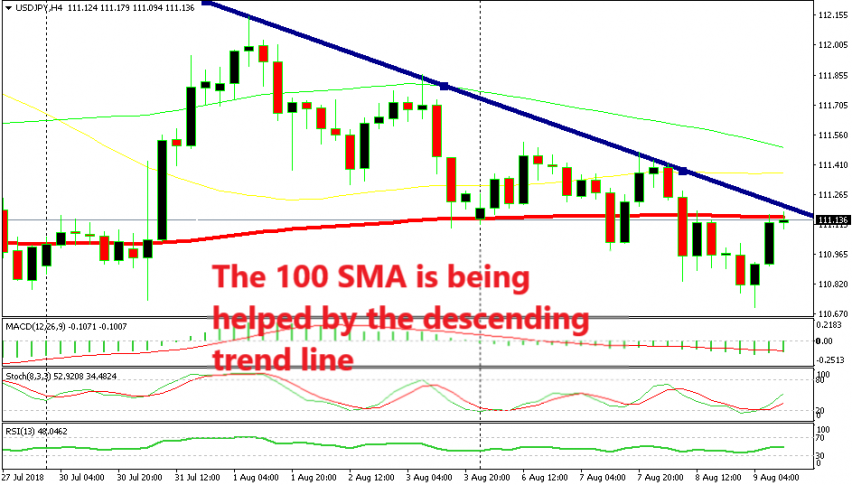 Selling the Retrace in USD/JPY

The chart setup points to a bearish reversal soon

USD/JPY made a bearish turnaround by mid-July losing around 250 pips in a few days. In the following two weeks this forex pair made a weak retrace higher but the downtrend resumed last week and it has been unfolding in a more old fashioned way, with smaller retraces higher and bigger moves down.

We have seen three retraces in the last week and today we are seeing the fourth retrace. Yesterday USD/JPY completed another bearish move as it lost around 70 pips from top to bottom.

Today, USD/JPY has retraced some of yesterday’s losses and now this pair is banging its head against the 100 SMA (red). We decided to open a sell forex signal since this moving average has been providing support previously and it is now expected to provide resistance.

Besides that, you can see a descending trend line which has been formed by the lower highs in the last several days. Following this chart pattern, USD/JPY should reverse down from here since the trend line has caught up with the price. For these reasons we decided to go short on this pair, now let’s leave it to run its course.