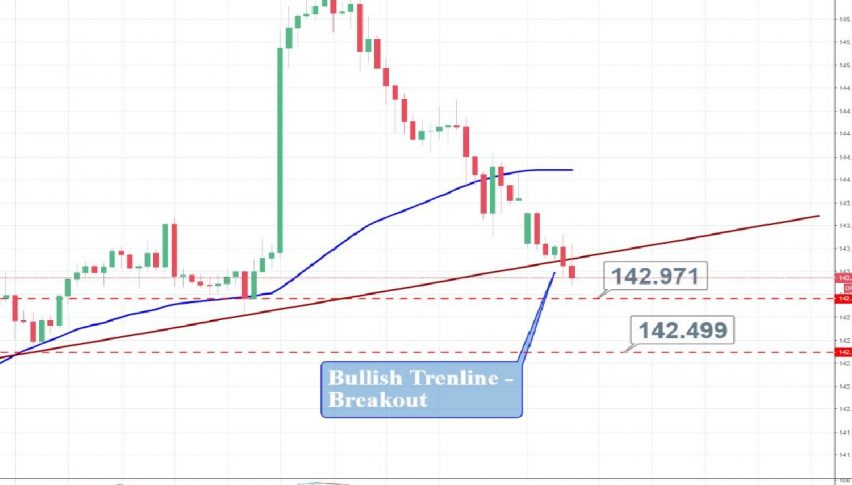 Sterling got hit badly after worse than expected manufacturing PMI data. As per data, the month of August saw further signs of a slowdown in the U.K. manufacturing sector. The seasonally adjusted manufacturing PMI posted 52.8 in August, down from a revised reading of 53.8 in July (originally reported as 54 during the previous month). 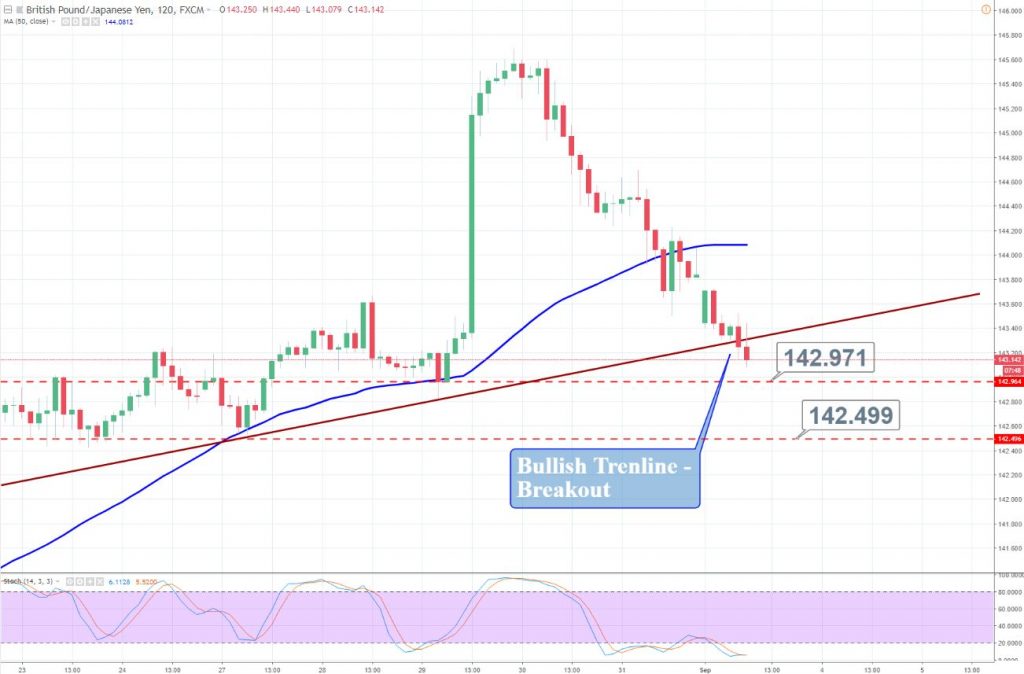 We have recently opened a sell signal on GBP/JPY as the Sterling is in selling after the news release. As you can see on the chart, the GBP/JPY has violated the bullish trendline support at 143.350 and the market can go after 142.950 and 142.450. The 50- periods moving average is also suggesting a selling bias of traders. Good luck!