Today the Canadian dollar is one of the currencies in focus. As discussed in the morning brief, the Canadian economy is due to release the Inflation data during the New York session and it can be a good time to trade the USD/CAD. Check out the trade plan for Loonie…

The USD/CAD soared more than 150 points in two days as the dollar continued to strengthen against its peers especially after the hawkish FOMC. For the moment, the USD/CAD is holding below $1.3062, the major resistance area.

Due to the fact the that Canadian economy’s most of the revenue comes from the crude oil export, nearly 70% from the United States, the Loonie shares a strong negative correlation with WTI crude oil. The crude oil prices have dropped below $70/barrel, which is also keeping the Canadian dollar weaker against the Buck. 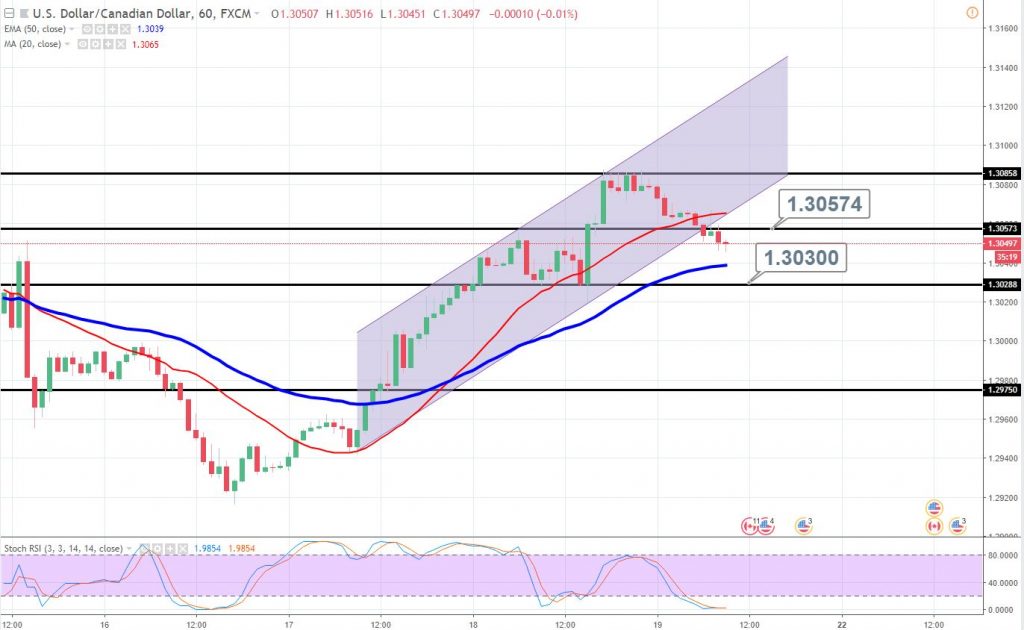