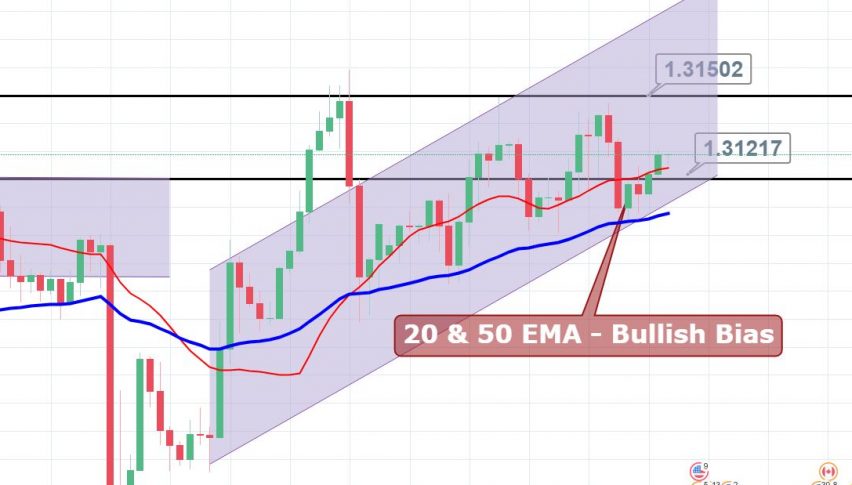 In this update, we will discuss:

The Greenback remains firm near a two-month high against a basket of major currencies, supported by worries about intensifying of the Sino-US trade war and more signs of the United States economy beating its peers. What I like about forex trading is that we can encash the uncertainty by short selling and hedging against GOLD . That’s exactly what we did yesterday and we managed to closed another strong day with five take profits in a row.

Today, the investor focus remains on the Canadian GDP and the US ADP figures. Let’s take a look at the trade setups…

The BOJ left the monetary policy on hold, keeping the interest rate unchanged at -0.10% which is weakening the safe haven currency JPY. The technical outlook of the USD/JPY remains bullish as the pair has crossed above a triple top resistance area of 112.700 to test 113.345 resistance. Today, the violation of 113.345 can lead the pair towards 113.650. 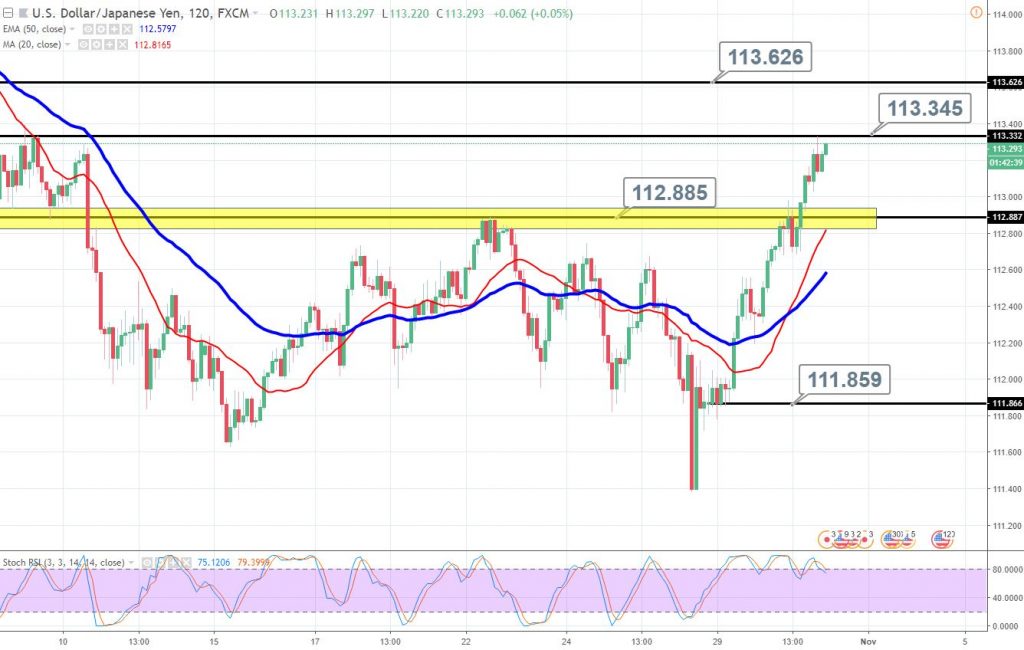 ADP Non-Farm Employment Change – The Automatic Data Processing, Inc. will be releasing the ADP Non-Farm Employment Change at 12:15 (GMT). It’s an estimated change in the number of employed people during the previous month, excluding the farming industry and government. In September, ADP reported a robust gain of 230K jobs, while a lower gain of 190K is predicted for October. Stronger figures may drive further buying in the USD/JPY today.

The Loonie is going to be one of the hottest currency pairs in traders’ watchlist as the Canadian economy is due to release the gross domestic product data later today.

At the moment, the USD/CAD is trading in a bullish channel which is supporting the pair near $1.3120 along with a resistance at $1.3150. While the lagging indicators such as 20 and 50 periods EMA are also supporting the bullish trend of the pair. 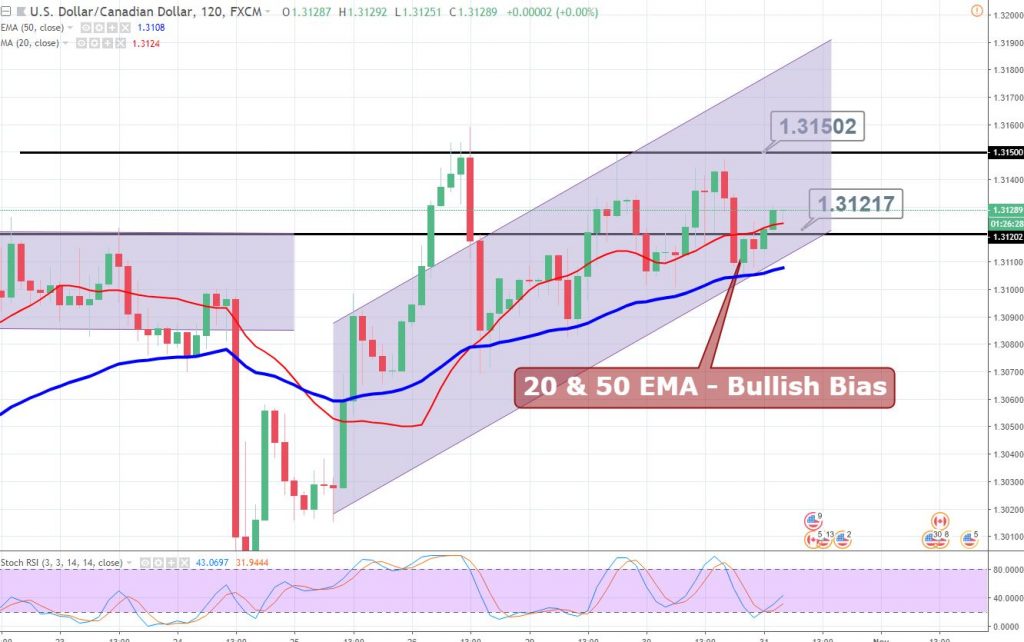 The GDP figures have remained shaky and highly unpredictable during Q3 2018. One month, it’s showing a rise of 0.5% while another month’s figure plunges to 0%. But it’s good for us as the divergence between the forecast and actual figures give us an opportunity to catch nice moments.

Economists are expecting a slower growth rate of 0.0% vs. 0.2% growth rate previously. On that note, the USD/CAD can be traded with a bullish sentiment.

Don't Let the Recent Rally Fool You, GBP/USD Still Remains Bearish As Long As It Stays Below the 50 Monthly SMA
1 day ago

The Power Of Incremental Goals
1 day ago