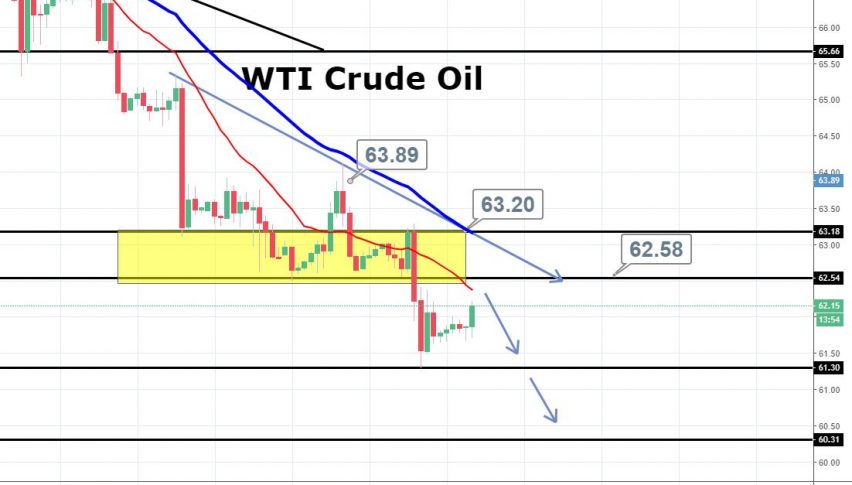 The WTI crude oil is trading slightly bearish a day after Washington allowed sanction waivers to top buyers of Iranian oil. Iran said it has so far been able to sell as much oil as it needs to. The investor focus remains on EIA report today…

How to Trade EIA Inventories Report

As per the American Petroleum Institute (API), the US crude inventories increased by 7.83 million barrels in the week ending on Nov 2. This signifies a decrease in the demand for crude oil. Perhaps, the trade war sentiment and Iran sanctions waivers are denting the bullish oil sentiment. Well, whatever the reason is, a build in inventories show a bearish bias of investors. 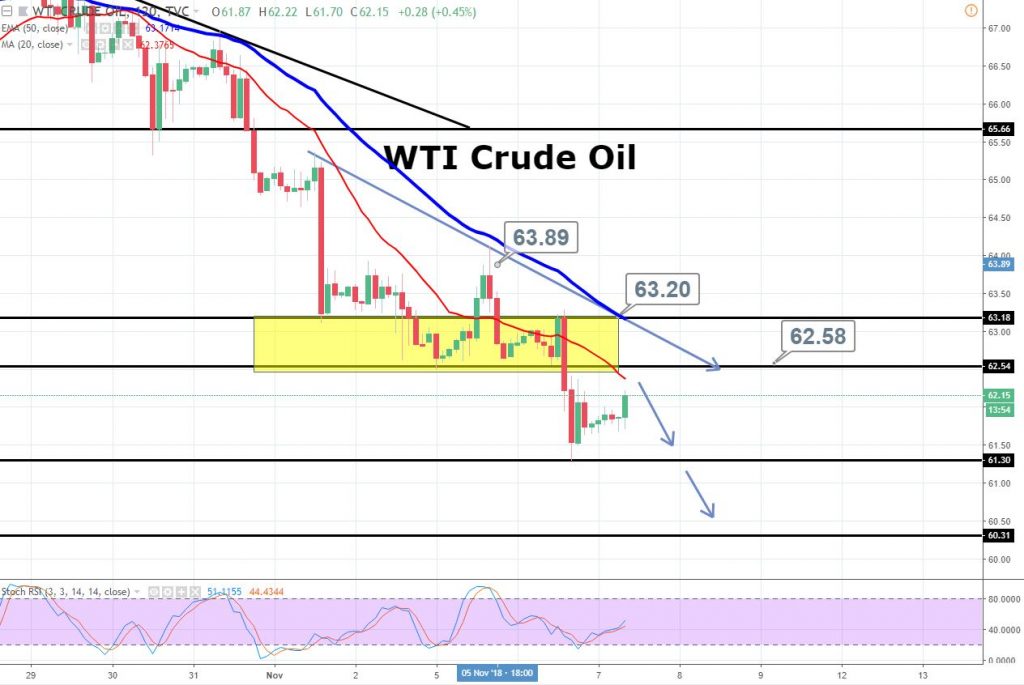 We have EIA report today at 14:30 (GMT). Economists are expecting a build of 2 million barrels in crude oil inventories which is sort of bearish in nature, but less bearish than 4.1 million builds during the previous week. Since the EIA report is positively correlated with API, can we expect EIA to report a build in inventories? Yes, we can. Therefore, the bearish sentiments are keeping the crude oil prices in check.

WTI Crude Oil – Trade Idea
I’m speculating that the 2 million barrels build in inventories is already priced in and we may see a bullish trend in oil prices in case of 2 million builds. However, greater than 7 million builds can cause further selling in the market. Whereas, less than 2 million can cause a sudden jump of up to 100 pips in crude oil prices today.
I will be looking to stay bullish above $61.30 to target $62.55 before the release of news today. All the best and stay tuned for updates.