As if Brexit is not Enough for the GBP, Retail Sales Dive Again - Forex News by FX Leaders 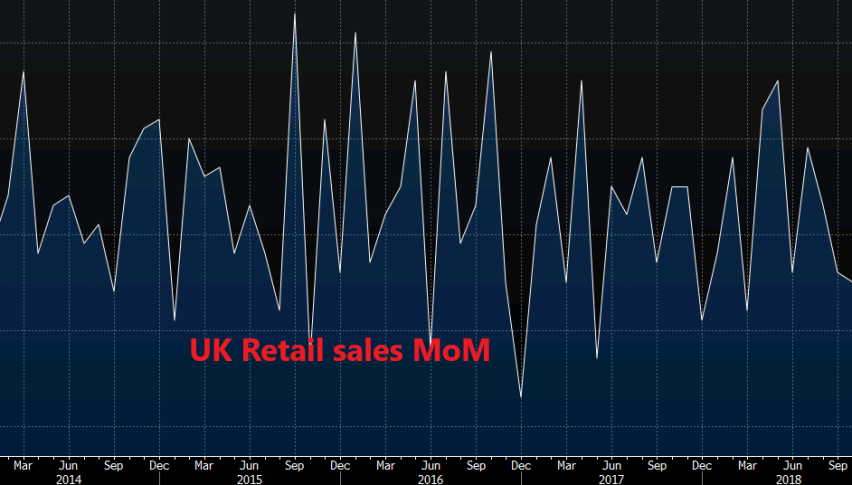 As if Brexit is not Enough for the GBP, Retail Sales Dive Again

The Brexit process is going anything but smoothly. The Brexit Secretary Dominic Raab has resigned from his position since he doesn’t support the indefinite backstop for the Irish border. Members of Theresa May’s Conservative Party are collecting signatures from UK MPs to claim a vote of confidence on her, so it seems like a big mess, and the GBP has lost around 200 pips on these new developments.

As if this wasn’t enough, the GBP took another hit from the retail sales report. After the negative numbers we saw last month, expectations were for an increase in sales, but they declined again for another month. Let’s take a look:

As you can see, this month’s numbers are negative, meaning that the main and the core retail sales both declined, while they were expected to grow. The annualized numbers are also lower than expected.

This is another negative report after the miss in inflation numbers yesterday. Everything is going bad for the GBP right now and GBP/USD is nearly 300 pips down now and still sliding. Let’s see if we can get in on this GBP dumping and make a few pips.