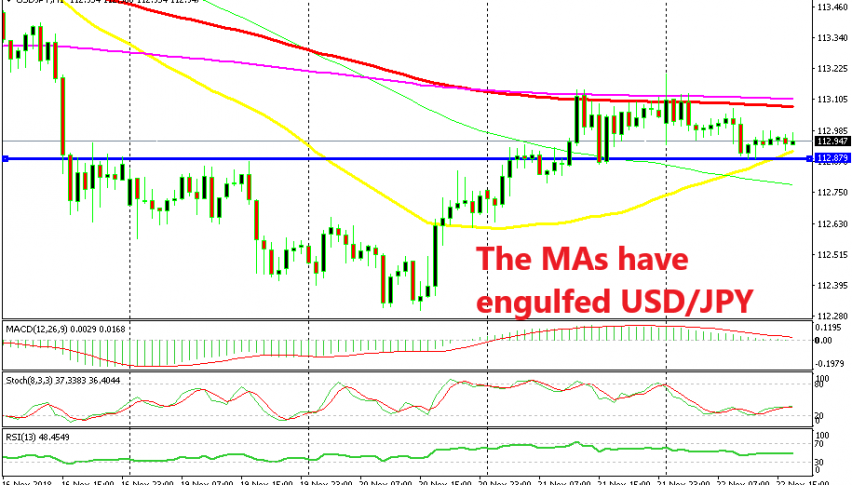 USD/JPY is bound to break on either direction soon

USD/JPY has been pretty volatile recently as the Japanese Yen has followed the market sentiment. The sentiment turned pretty negative last week in financial markets, so USD/JPY lost around 250 pips. This week, the sentiment improved a little and this pair climbed nearly 100 pips higher.

But, since yesterday in the European session, the volatility has decreased immensely and the range so far has only been around 30 pips. The top of the range has been defined by the 100 SMA (red) and 200 SMA (purple) on the hourly chart.

The bottom of the range comes at 112.90, but now the 50 SMA (yellow) has reached there, so that moving average is providing support to USD/JPY. Right now, there’s no clear direction for this forex pair so we are staying out. The h4 chart points down while the daily chart points up, so technicals are mixed up. It will have to be the market sentiment which will give this pair a direction, but i don’t think that will come before the Asian session or probably on the European session tomorrow.