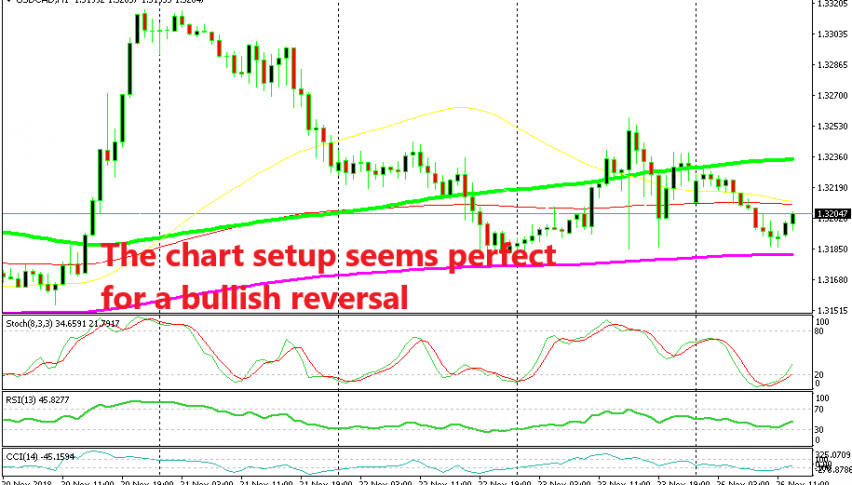 USD/CAD has been trading on a bullish trend for nearly two months now with frequent pullbacks lower, as a refresh before the next leg of the uptrend. In the last few trading days, we have seen this forex pair retrace lower and now that it seems the retrace is complete, so we decided to use this pullback for a buy signal which we opened a short while ago.

As you can see from the H1 chart above, the stochastic indicator is oversold which means that the retrace is complete on the H1 chart. The 200 SMA (purple) provided support once again as the price reversed just a few pips above it. Also, the third candlestick from the end formed a doji which is a reversing signal. That signal became stronger when the previous candlestick closed pretty bullish, which confirmed the bullish reversal. 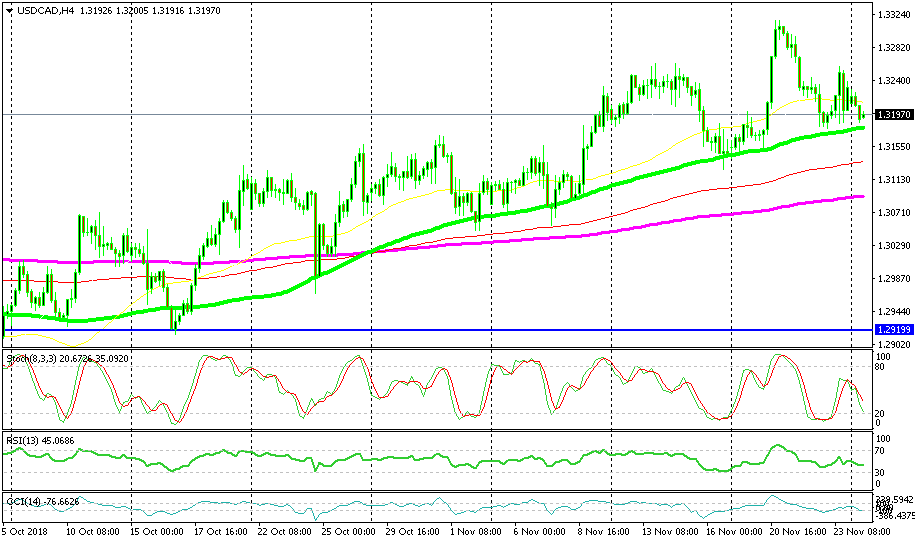 The refresh lower is complete, now the uptrend should resume again

So, we opened a buy forex signal close to the 1,32 level and the bullish reverse is already underway now. Crude Oil is also turning bearish now and the Canadian Dollar is positively correlated to Oil prices, so it is adding to the bearish momentum for the CAD. 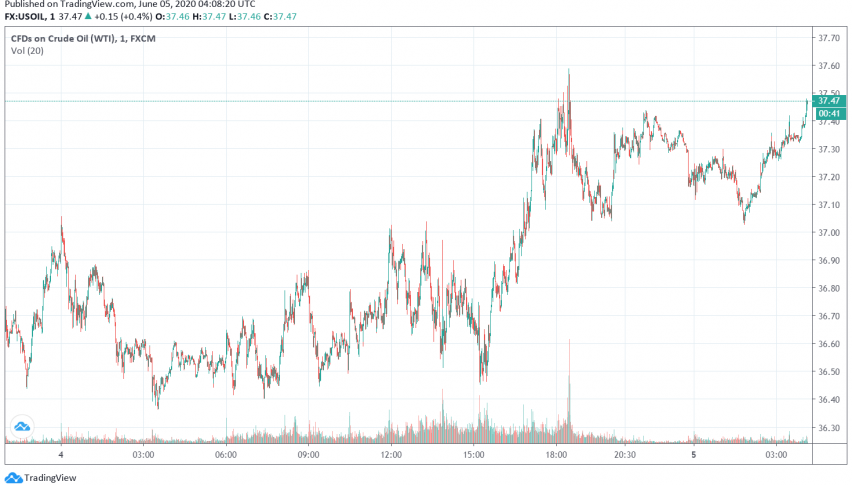