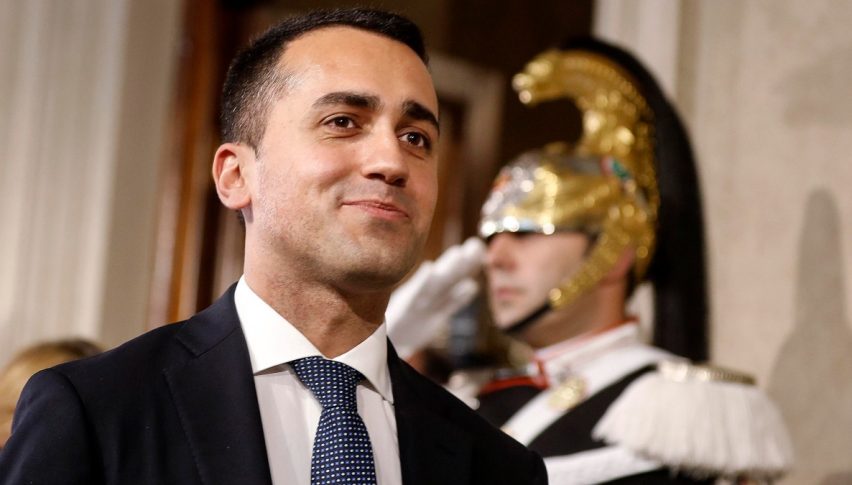 We heard rumours this morning that the Italian Government has agreed to reduce the deficit for next year’s budget to 2.0%-2.1%. Later on, Italian politicians confirmed those rumours with the two Deputy Prime Ministers on the wires. Luigi Di Maio said that it is not a problem to lower the deficit as long as the budget measures remain the same, while Salvini added that he is not fixated with deficit being on one or two points higher or lower. Mind you, they were very fixated until the weekend, so this change of heart is a bit surprising.

This improved the sentiment in the financial markets in the morning and, as a result, risk assets such as commodity currencies and the Euro as well as the stock markets have been on demand during most of the European session. We had some ECB members as well this morning confirming the recent slowdown in the Eurozone economy. The ECB President Draghi is speaking later today, so these comments are a sign of what’s to come during Draghi’s speech.

To wrap it up, the US President Donald Trump threatened to close off the US-Mexico border permanently if necessary, in response to the human caravan that wants to enter the US. 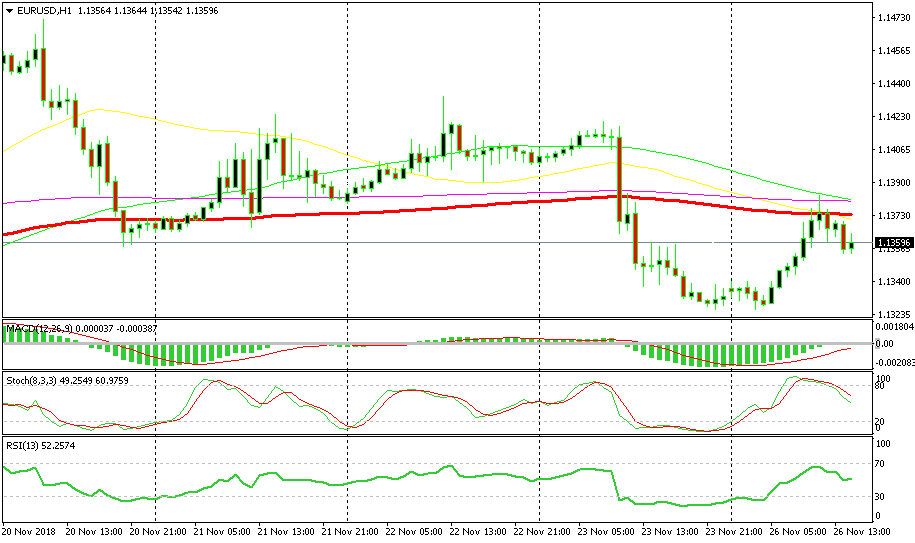 We sold EUR/USD a while ago as it was climbing higher on better market sentiment due to the Italian government accepting a lower deficit for the 2019 budget. Although, this looked more like a retrace higher during the larger bearish trend and the retrace was complete on the H1 chart as the stochastic indicator showed. Besides, the bunch of moving averages were providing resistance, so that’s why we decided to go short on this forex pair.

The stock markets were rallying higher during the European session as the sentiment improved in financial markets. But, it seems like the climb has stopped and some European indices such as the French CAC40 are already reversing lower, but this latest move looks pretty weak, so neither side looks safe to trade right now.

The Reversal Begins in US, as Unemployment Rate Declines in May
22 hours ago