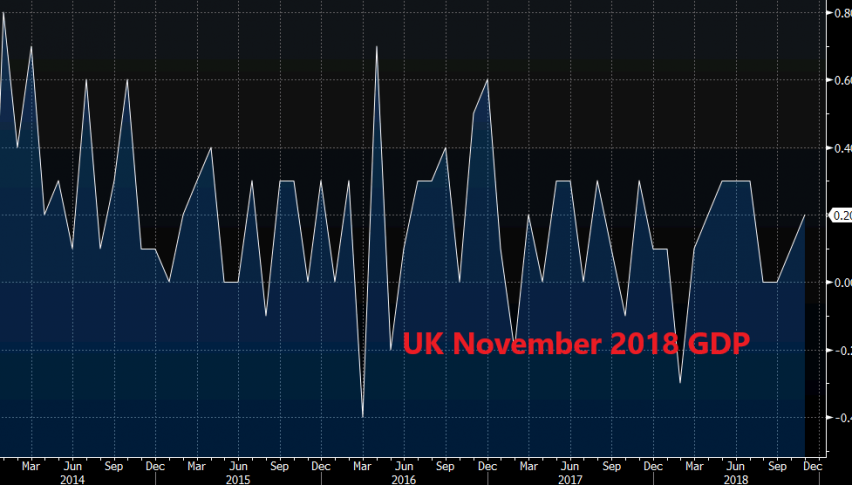 UK GDP move away from stagnation

We had a string of economic data from the UK which includes the UK GDP report, the construction output, the industrial and manufacturing production as well as the trade balance report. The GDP beat expectations slightly and the index of services grew, but all the other numbers were pretty bad. Let’s have a look at all the numbers below:

Manufacturing production declines once again, this time it shrank by 0.3% in November after declining by 0.9% in October. This is the 4th decline in the last 5 months, so this sector looks in a bad spot right now. The industrial production also declined in November by 0.4% against an increase of 0.3% expected.

This is the second consecutive negative month for industrial production. GBP/USD tumbled around 30 pips lower on the worse manufacturing and industrial production figures, but it has reversed up now. The attention goes back to Brexit, now that this report is out of the way.