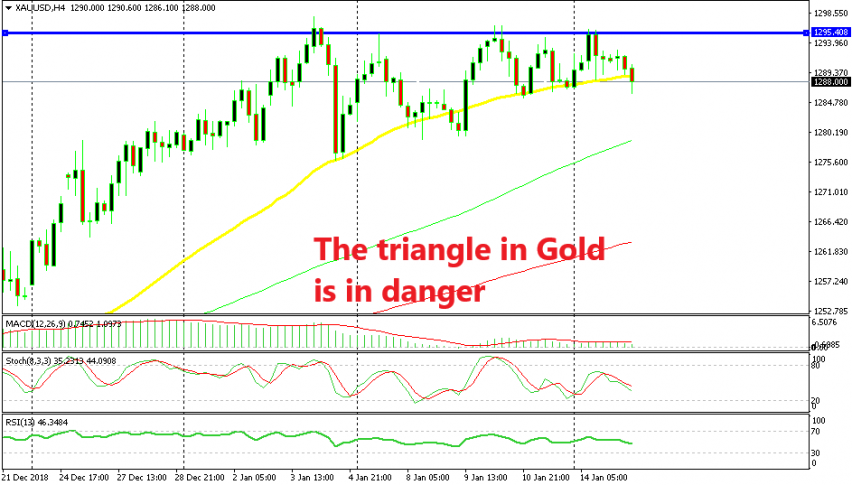 We have covered GOLD pretty often in the last few days but it’s not us, it’s Gold. It has been bouncing up and down in what seemed to be a range at first, but then it turned out to be a triangle. One moment it looked like Gold was going to turn bearish, the next one, Gold threatens the top side, so it’s been pretty volatile, hence our intensive coverage.

The price has bounced off this moving average many times and the triangle kept getting narrower as the 50 SMA kept moving upwards. But, the triangle was bound to break at some point and it seems like it is going to break to the downside.

Market sentiment has improved somewhat today as stock markets move higher while the JPY moves lower, so this might as well be a real break. If this is genuine, then we should expect some more downward pressure in the coming sessions, but let’s see if the break will be real first. We already have a sell signal here, so we are on the right side for the moment.

Gold Price Analysis: XAU/USD to Retrace Back, Brace for a Trading Signal
23 hours ago