On Thursday, the WTI Oil prices traded in a slightly bearish tone as the US Oil production reached highest levels of 12 million barrels per day (bpd). The rise in crude oil price is essentially due to crippling demand, especially in light of the trade spat between the United States and China.

Lately, the crude oil output touched roofs which are near a record 12 million bpd in early January. Global economic concerns are fueling some of the concern among investors and traders that growth in global supply this year will outpace demand.

Technically, WTI crude oil seems to be bearish falling below $51.47, a major resistance level. Moreover, WTI is trading in overbought territory and needs to retrace back before further buying. The RSI has also crossed below 50, demonstrating a bearish tone. 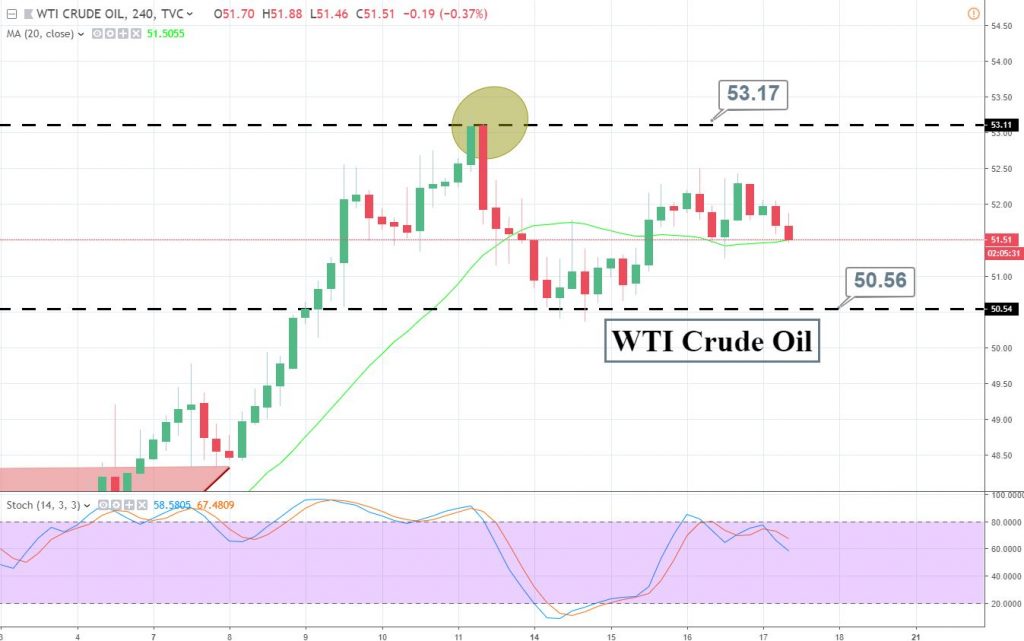 However, based upon technicals, I would recommend investors to have their sell positions below $52.10, along with an initial take profit at $51 and second take profit at $50.50 while keeping the stops above $53.40.