Time to see the truth where inflation stands in the US

GBP – Retail Sales m/m
The Office for National Statistics is due to release the retail sales data at 9:30 (GMT). It’s the primary gauge of consumer spending, which accounts for the majority of overall economic activity. In November, the retail sales surprisingly jumped by 1.4% vs. the forecast of 0.3%.

Currently, economists are expecting a drop of -0.8% in retail sales. A negative number of sales indicate slower inflation and slacks in the economy. Therefore, the Sterling bulls can face challenges today.

CAD – CPI m/m
Canadian inflation is suffering despite the improved crude oil prices. In the month of November, the CPI figure came out at -0.4%, beating October’s gain of 0.3%. Today, economists are expecting another drop of 0.4% in the inflation rate for the year-end.

The Loonie remains under the spotlight due to the upcoming inflation figures. One of the major reasons behind recent weakness in the Canadian dollar is the sharp sell-off in crude oil.

Secondly, the possible end to the US-China trade war is also weighing on the commodity currency. As we know, Canada’s current account is in deficit. They export many commodities including oil, so the continued trade war is supposed to benefit the economy as, in the absence of China, some business can shift to Canada.

The USD/CAD soared to $1.3300 level early this morning but it still remains in the oversold zone in the daily timeframe. This signifies that the pair still has strong chances of trading bullish and we should also be looking for buying positions. 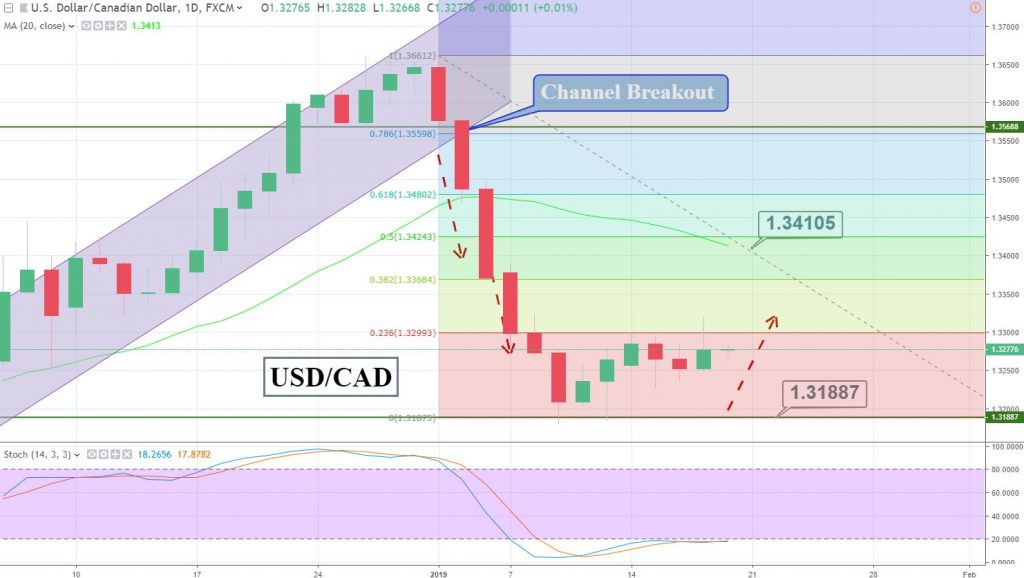 GBP/USD Moves Above 1.10 But Austerity Is Coming, So We're Looking to Sell
12 hours ago

Forex Signals Brief for September 30: US PCE and Eurozone CPI Inflation to Keep Growing in September
13 hours ago