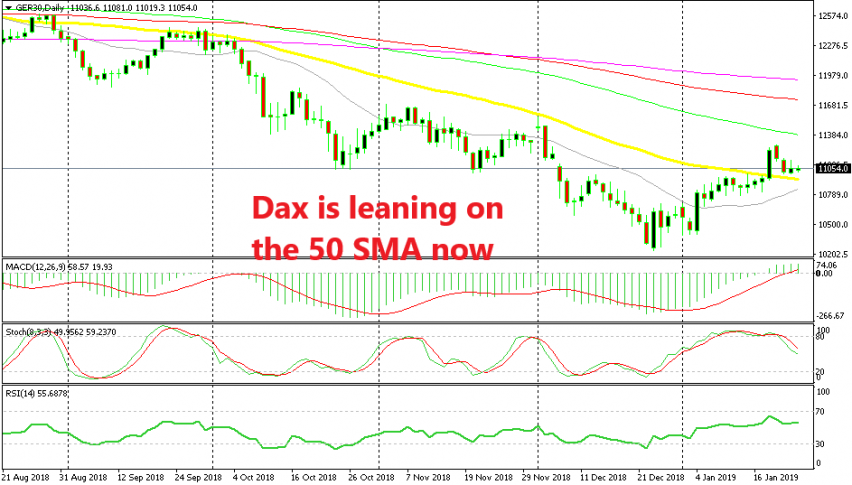 Indices are trying to reverse the downtrend

Stock markets have been having a tough time last year, particularly the European stock markets, as political troubles in Europe increased and weighed on stocks, on top of the China-US trade war. The German [[Dax30]] ended the year below two-year lows, losing around 30% of its value from the top to the bottom last year.

Although, we are seeing a sharp turnaround this year. Dax recuperated about a third of last year’s losses, climbing from 10,200s to 11,200s. The 50 SMA on the daily chart provided some resistance in the last two weeks as buyers were pushing higher.

But, it got broken fairly easy without another attempt to the downside from the sellers. The buyers broke above the 50 SMA last Friday as the market sentiment improved suddenly. This is a confirmation that the bigger bearish trend is in danger now.

In the first two days of this week, Dax has begun to reverse lower, but the 50 SMA turned from resistance into support and held the decline. It seems that the decline has stalled now, which is another sign that the downtrend is in danger.

Actually, buying above this moving average looks like a good trade opportunity, but we will see how the sentiment turns in the next few days, because there is a big chance that the sentiment might turn negative again and crash the stock markets.