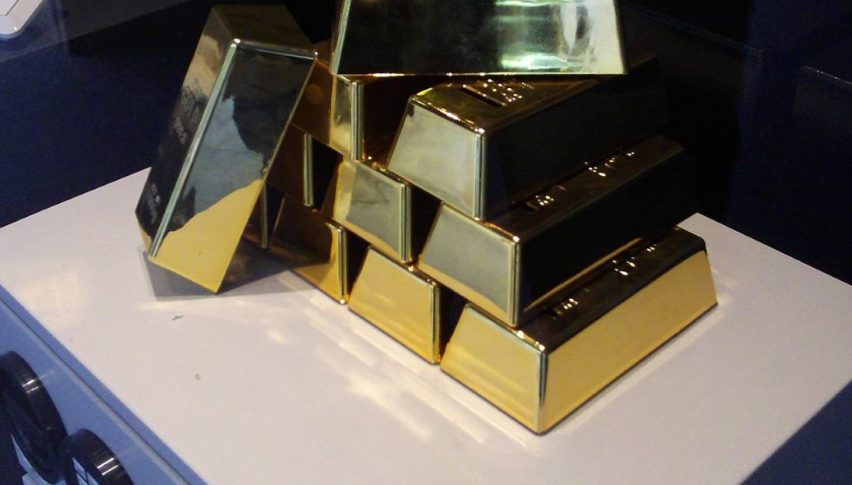 Following its late-January bullish breakout, April GOLD futures are in the process of posting three-straight losing sessions. To open the week, bullion has slid beneath $1320.0 per ounce amid consistent selling.

Over the weekend, the situation in Venezuela has gained momentum. The U.S. announced sanctions on oil exports, furthering the economic strain on the embattled nation. At press time, it remains to be seen if Russian jumbo jets in the area helped to extradite 20 tons of Venezuela’s national gold reserves. However, the story has grabbed the attention of traders, prompting many to limit bullion exposure upon yesterday’s electronic open.

Time and again we see Fibonacci numbers play a key role in the technical trade of markets. Early-week action for April gold has brought another example, with price rejecting a key 38% Fibonacci support level.

As long as the equities markets remain quiet, I look for limited action in gold. This market appears content to settle into a consolidation pattern between the following levels:

Overview: In a Live Market Update from last Friday, I outlined a trade recommendation and technical outlook for April gold futures. Downside support at the 38% Current Wave retracement (1312.2) held up under an intense bearish challenge. This will be a key level moving forward and may set up to be an intermediate-term low ― only time will tell.

Technically, this market remains in bullish territory. In the event we receive some clarity out of the situation in Venezuela, or volatility spikes in the equities indices, be on the lookout for extension above the Swing High (1331.1).