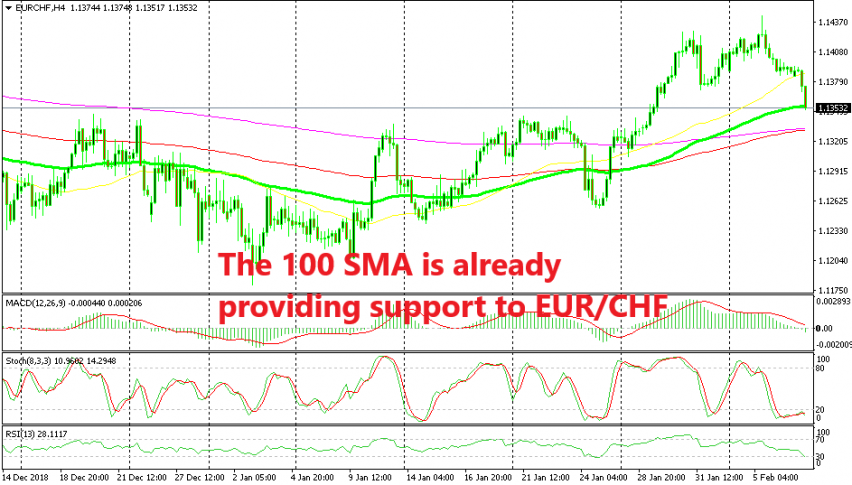 The retrace down is complete for this pair

EUR/CHF made a bullish reversal at the beginning of January after trading in a straightforward downtrend during the previous three weeks. In fact, the trend had been bearish for most of the year in 2018, but it reversed higher once the new year began.

The price climbed from 1.1180s in January to 1.1440s this week, but this pair formed an upside-down pin on the H4 chart, as you can see above. That sort of candlestick is a reversing signal and this forex pair has indeed been reversing lower since Tuesday.

Although, the retrace lower might be complete now that the stochastic indicator is well oversold. There have been several other retraces lower on the H4 time-frame chart when the stochastic has become oversold and every time, a bullish reversal has followed.

This is just another of those times. EUR/CHF has retraced lower, the stochastic indicator is oversold and on top of that, the 100 SMA (green) is providing support to this pair. This moving average has provided resistance before, so it looks like it is turning into support now. This chart setup points to another bullish reversal and we decided to go long at the 100 SMA. Let’s wait for the bullish trend to resume now.