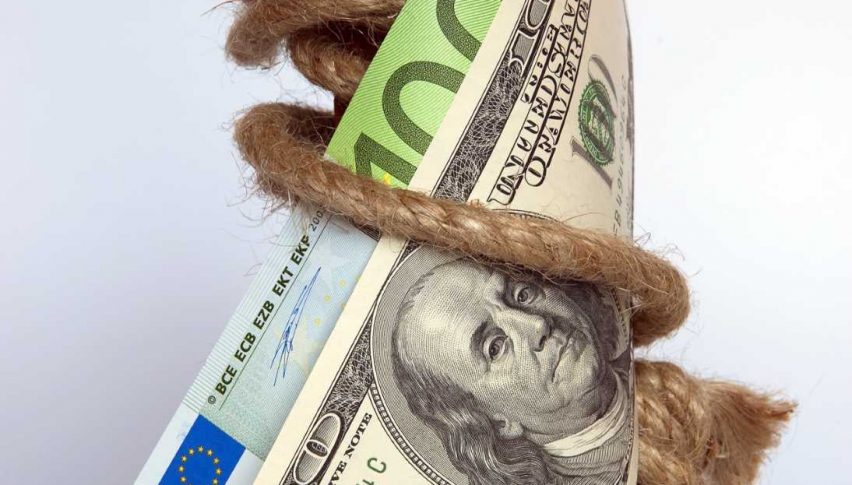 The EUR/USD Has Tested Fibonacci Resistance.

February has been a brutal month for Euro backers. A surprise rally from the USD, Brexit uncertainty, and weak economic numbers from the Eurozone have sent values south. The result has been a steep daily downtrend in Euro FX futures and prices pushing yearly lows.

Last night, several unflattering economic reports facing the British pound were released to the public. The result has been a sell-off and negative session for the GBP/USD. The Euro will be in a similar situation later this week, specifically during the Thursday U.S. session. Eurozone GDP (Q4) is due out during the Wednesday overnight and the Thursday pre-market hours feature U.S. Retail Sales (Dec.).

Given the amount of negative sentiment currently facing the Euro, lagging E.U. GDP coupled with strong U.S. Retail Sales may send the Euro FX well south of current levels. Let’s take a look at the daily technicals facing the Euro FX and see if there is an end to the weakness in sight.

The technical picture for the March Euro FX is simple: the trend is down and the bears are dominating the action.

Today’s session in the March Euro FX has been defined by two bearish sweeps; one at 9:30 AM EST and the second at 10:45 AM EST. Each was decisive and came amid heavy volumes. The result of each was a directional move south, leading to a challenge of the 1.13000 handle.

Overview: For the time being, big-round-numbers will be the key technical levels to watch in this market. The next one up for scrutiny is 1.13000. In the event the March Euro FX closes at or above 1.13000, then joining the bearish trend from a daily Fibonacci retracement level will be the plan as the week rolls on.