Recalling our earlier update, the yellow metal gold Quick Update on Gold’s Sell Signal, US-China Trade War Plays, the signal has closed at our target price. However, there’s another fundamental in play now. 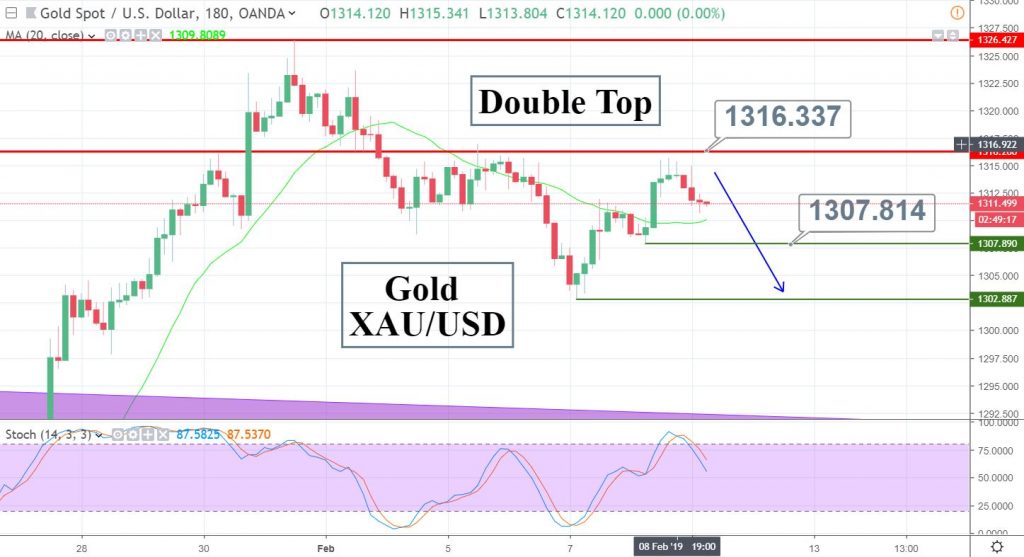 PJSC Polyus is Russia’s largest gold producer, headquartered in Moscow and is listed on both the Moscow and London Stock Exchanges. Earlier today, Polyus reported a 20% rise in Q4 net profit to $291 million compared with last year.

As per recent news, the company announced that it intended to spend around $725 million in 2019 to increase production of gold. 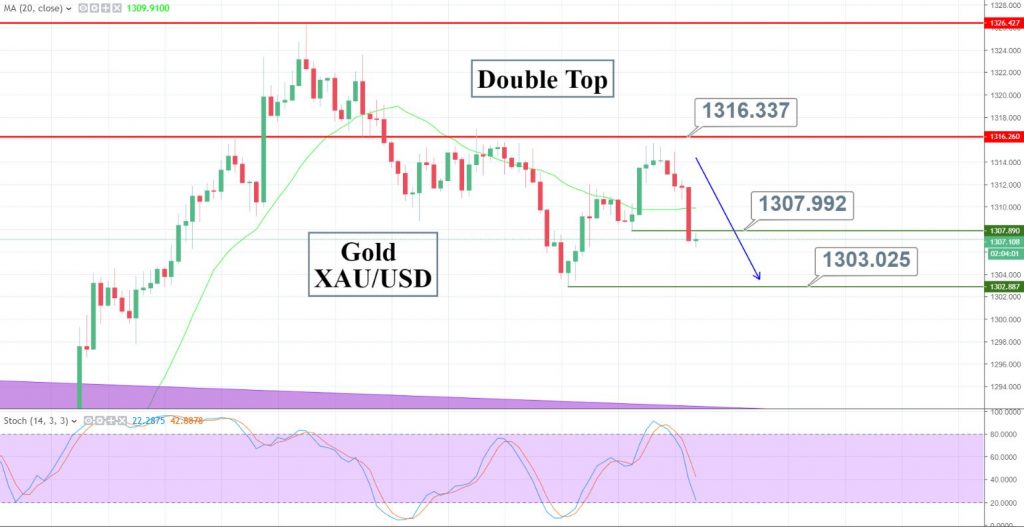 Our forex trading signal in gold closed at $1,307.50 but the technical and fundamentals are still suggesting a strong bearish bias. Gold can go after $1,304 level today, while the resistance stays at $1,312.