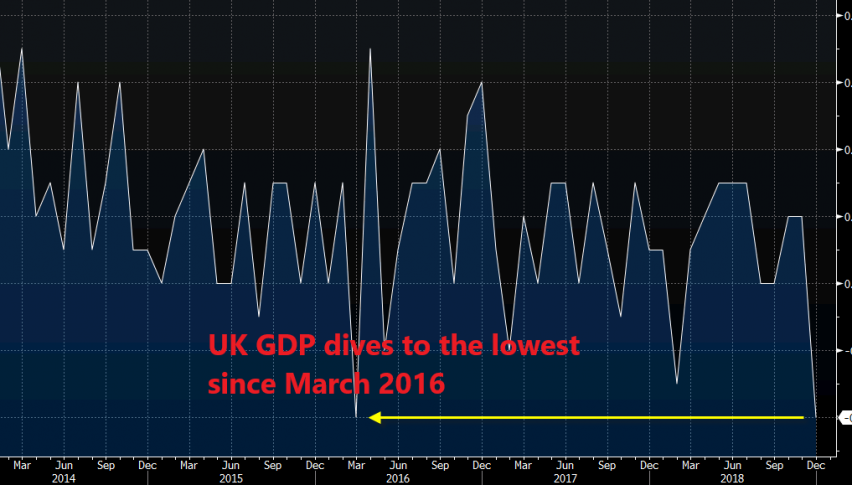 Terrible Economic Figures from the UK as Brexit Uncertainty Increases

A swan dive for the British economy

The UK manufacturing and GDP report were released today and with this round of data, we close 2018. There’s not much to say about it – it was yet another terrible round of economic data from Britain, probably the worst in quite some time, but you’d expect that considering the increased uncertainty coming from Brexit. Although official estimates were too optimistic which was a bit surprising, here we go now, everything has missed expectations. Here is the table with all the figures:

As you can see, this table doesn’t need explanation since almost all actual numbers are in red. Construction output, the industrial production and the manufacturing production have all taken a major hit. The GDP is also contracting as the number from December shows, although it still grew in Q4.

The increase in private consumption was a bit of a surprise. But, that doesn’t change the bigger picture as the UK economy goes down the sink. Private consumption will suffer in the coming months if the economy continues in this path. The GBP is around 30 pips lower. Such horrible reports should have sent it tumbling 200-300 pips lower, but everyone is waiting for Brexit. Horrible reports, no words do it justice.