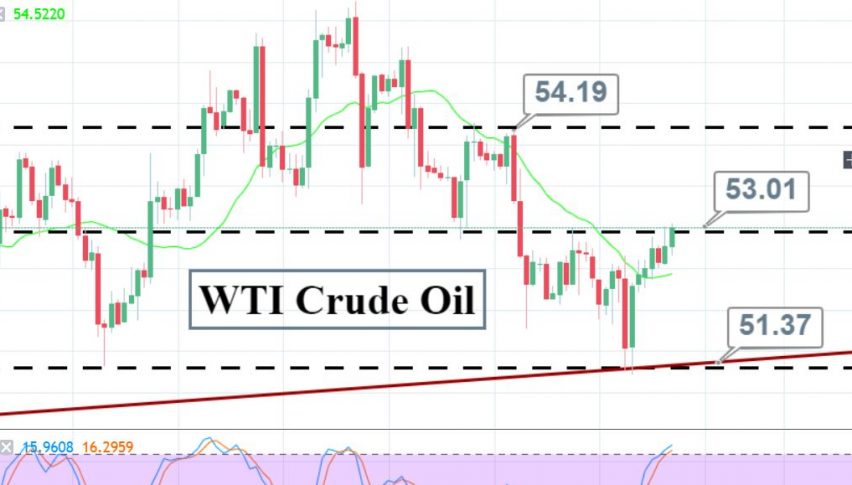 A stronger dollar was keeping crude oil prices in check due to its negative correlation with commodities. But lately, the energy sector is reacting and most of the movement is on the upper side.

One of the major reasons is the remarks from Jihad Azour, Director of the Middle East and Central Asia Department at the International Monetary Fund (IMF). According to his remarks, OPEC’s biggest producer Saudi Arabia would require oil prices at $80-$85 per barrel to balance its 2019 budget.

In response, crude oil prices are violating a resistance level of $53. The closing of 3-hour candle above $53 level can trigger a further bullish trend. Let’s keep an eye on it as the next resistance is likely to be $54.20 and support remains at $52. 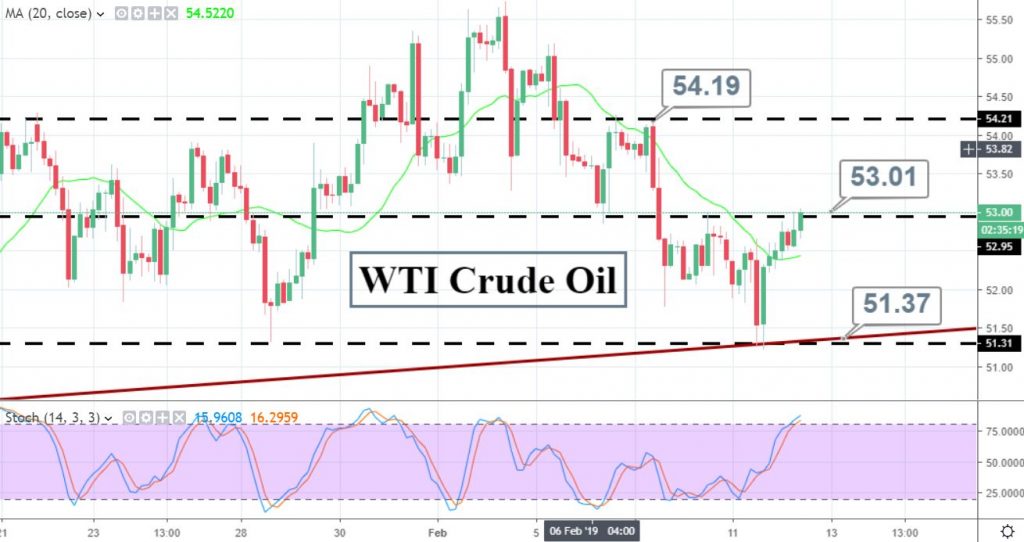