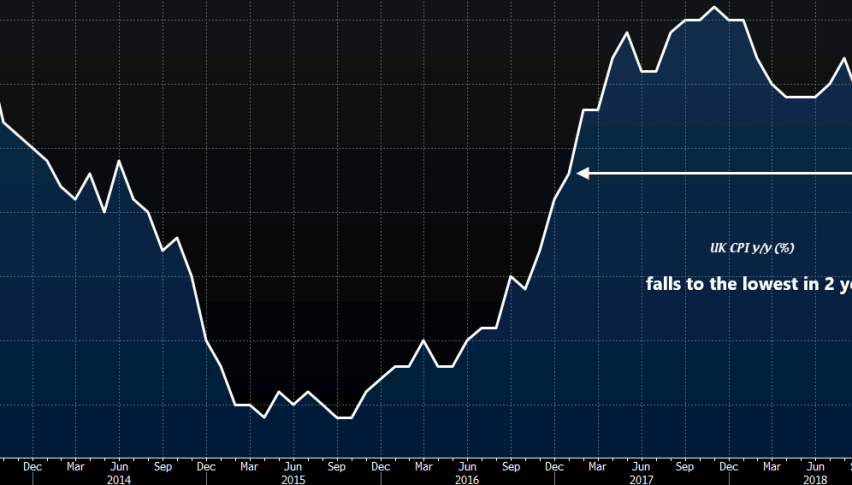 The UK inflation report for January was revised about an hour ago. The headline CPI (consumer price index) inflation cooled off in January at 1.8%, lower than the 1.9% expected and three points down from the December report which showed price inflation at 2.1% YoY.

The CPI was expected to fall by 0.7% last month after increasing by 0.2% in December, but January’s CPI number came at -0.8%. Although, the core CPI inflation remained unchanged at 1.9% for 2018 as previous. Let’s have a look at all the inflation numbers in the table below:

These numbers tell us that the decline in Crude Oil prices in the last three months of 2018 still continues to filter through the economy as the PPI figures show. The bullish reversal in Crude Oil during January has not yet caught up with the broader economy. It should have some impact in the coming months though, since in January we’re still using Oil pumped in the previous few months.

The headline inflation declines to the lowest level since 2 years ago in January 2017. The surveying firm ONS commented that the decline was mainly due to cheaper Oil, electricity and Gas prices and was partly offset by ferry tickets and air fares, confirming our assumption. Nothing to change the direction of the GBP though, as Brexit still looms for this currency.