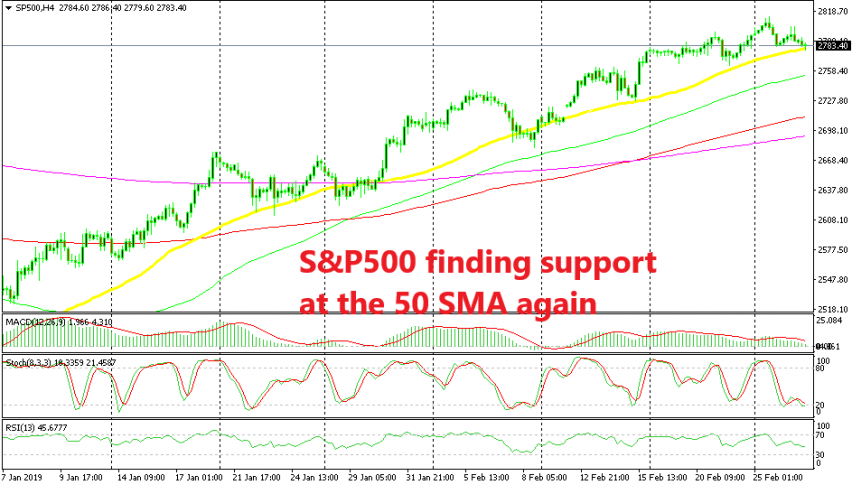 S&P Reaches the 50 SMA As the Pullback Continues

The 50 SMA has been holding the uptrend in place

Yesterday we opened a buy signal in S&P500 as this index was retracing lower. In fact, all stock markets were retracing lower yesterday as geopolitical tensions between India and Pakistan elevated once again. I heard that Pakistan had shot down a couple of Indian military aircrafts today, so the sentiment in financial market continues to be slightly negative because of that.

As a result, the retrace in stock markets continues. Yesterday at some point we were around 100 pips in profit but right now we are in red with this signal. But, there’s still hope for buyers. The S&P has reached the 50 SMA (yellow) on the H4 chart which has been keeping the uptrend in place during the last two months.

The stochastic indicator is oversold now which means that the retrace lower is complete technically. But, it will take some time for the sentiment to turn around because safe havens have been in demand today with USD/JPY and EUR/CHF losing ground, while the risk currencies such as commodity Dollars are also declining. If we don’t get any more negative news from global politics, then I expect a bullish reversal to take place sooner or later.