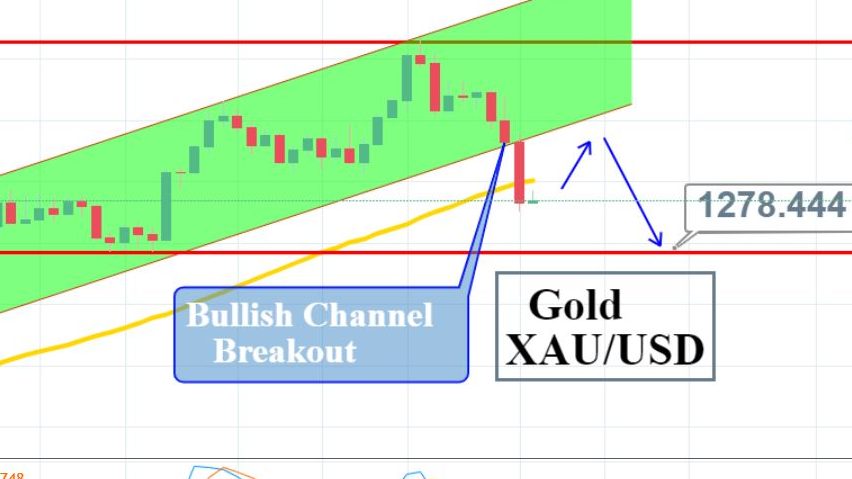 On Monday, the volatility remains thin as the economic calendar isn’t carrying any major events today. Gold prices edged up slightly during the Asian session, after falling below the psychological level of $1,300 on Friday.

Risk On Sentiment In Play

As per the latest updates, Beijing is making commitments on structural economic changes and eliminating retaliatory tariffs. Therefore, the US-China trade deal appears to be closer to reality and investors are gaining confidence in risky investments such as stock markets and currencies.

Likewise, the tensions between India – Pakistan underpinned gold during the previous week. However, these have begun to subside as Pakistan released the pilot on Friday to maintain peace between both nations.

Besides, the discontinued train service between the two countries is also set to resume today on Monday. The easing war sentiment is also diminishing the demand for safe-haven assets like bullion.

On the daily timeframe, the yellow metal has violated the bullish channel on the downside. The bullish channel was supporting the metal around $1,320 and bears can extend bearish momentum until $1,375 this week. 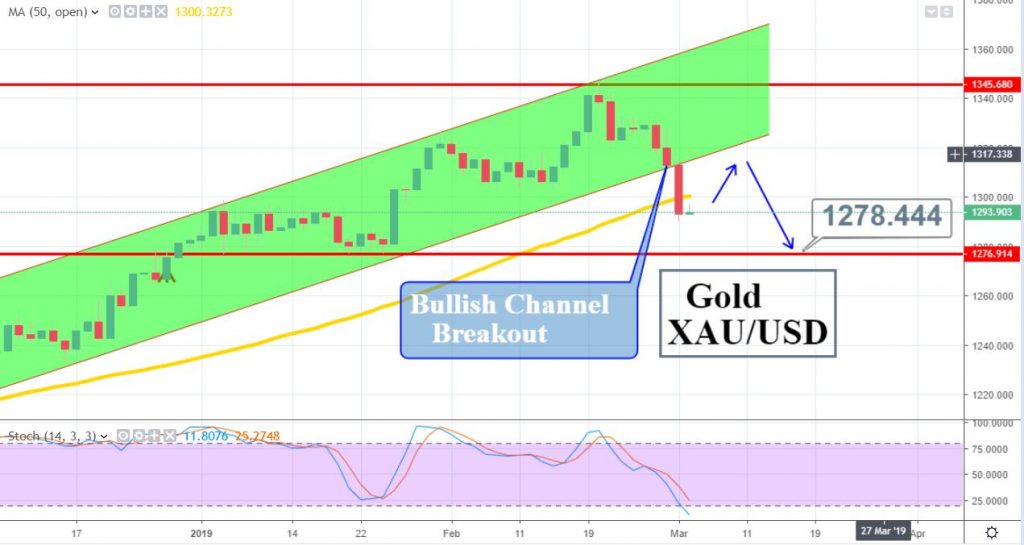 Although gold is extremely oversold, there’s still no clear sign of bullish retracement. So I would prefer to stay bearish below $1,299 with a target of $1,285 today.