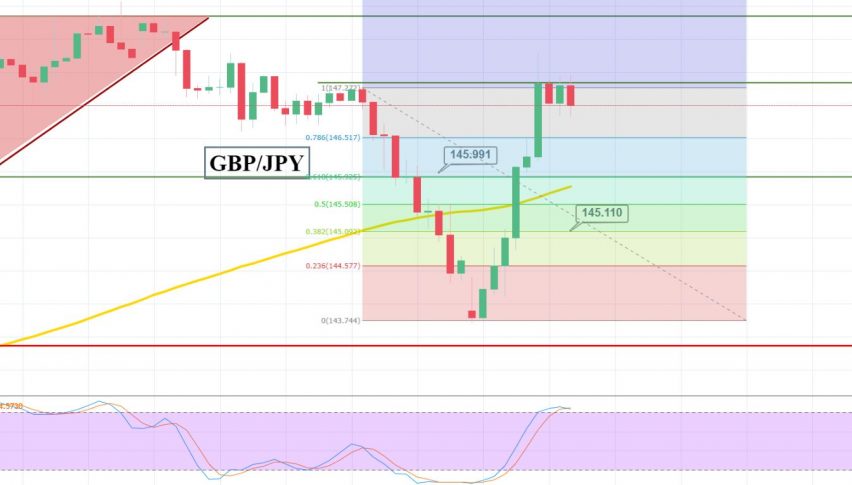 Recalling our previous update Who’s Ready to Catch a Swing Trade Setup in GBP/JPY, we spoke about a long term buying opportunity in the GBP/JPY. I’m excited to share that the pair has already achieved our target level.

Presently, traders’ focus has shifted to the Gross Dometic Product figures from the United Kingdom. The UK gross domestic product (GDP) expanded by 0.2% in the three months to January 2019.
While the manufacturing production jumped by 0.8%, beating the forecast of 0.2%. Despite the stronger than expected figures, investors are selling the British Pound.

Well, one of the major reasons is definitely the Brexit Parlimentry vote which is fueling uncertainty among traders. Therefore, the favorable scenario is to come out of the Sterling positions until the fundamentals side is unclear.

The GBP/JPY is facing a solid resistance at the double top level of 147.50. The pair has closed the candles below this level which means the market is respecting this level.