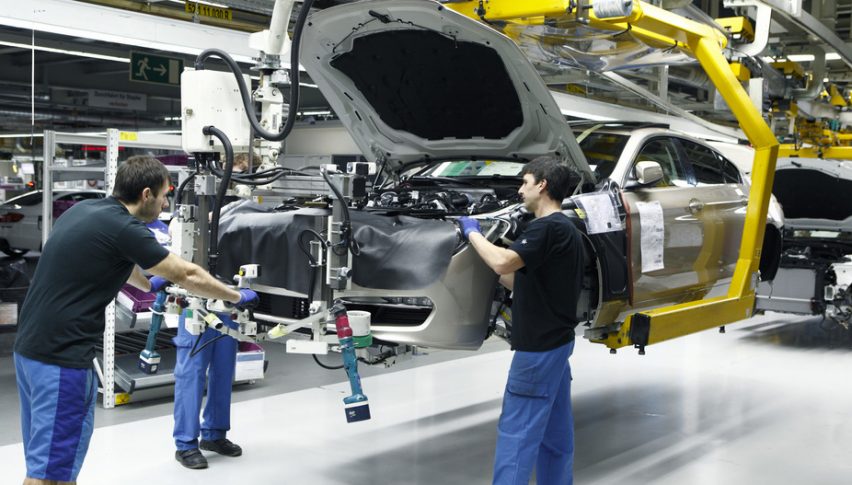 This morning we had an important round of economic data being released from the Eurozone. The services and manufacturing flash PMI reports as well as reports for the whole of the Eurozone were released.

The manufacturing sector had fallen into contraction in Germany and in the Eurozone, but it was expected to improve this month. Instead, it dived further. Let’s see the numbers below:

As you can see from the numbers above, all actual figures are red, meaning they missed expectations, apart from German services PMI which came a tick higher above expectations, but that’s still down from the previous month. The decline in German manufacturing stands out and it has affected the Eurozone manufacturing PMI indicator too.

The German manufacturing print is the lowest since August 2012 while the composite print is dragged lower as a result, to its weakest print since June 2013. These are some horrible figures and Donald Trump is just talking about auto tariffs for Europe, so things are expected to get worse. The Euro dived more than 100 pips on these figures while stock markets dived nearly 200 pips.