Secondly, the Bank of Japan’s Tankan survey for the Q1 2019 discovered big manufacturers are more uncertain than expected. Japanese sentiment index released at 12, below both the 13 expected and the previous quarter’s 19. 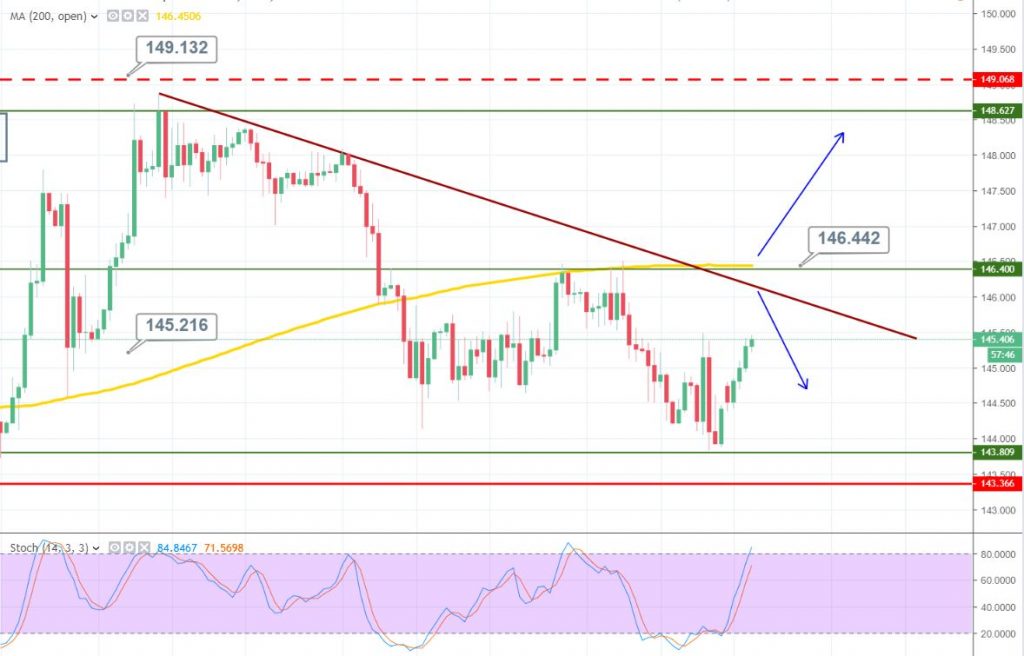 You can also see 200 periods moving average at the same level of 146.400. With that, the market is highly likely to encash the selling opportunity below 146.400 resistance level.