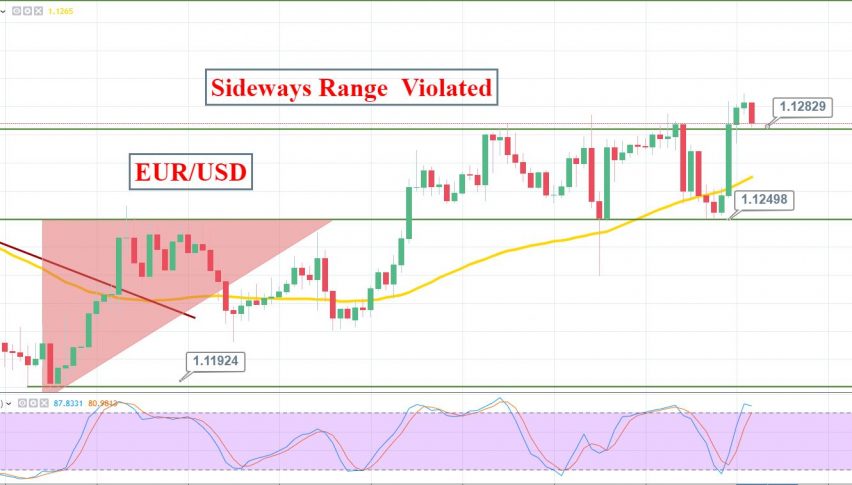 Global financial markets encountered another moderately soft and mixed day following a sideways pattern for this week. Robust US PPI figures failed to drag equity markets out of ranges and investors continue to watch for fresh inspiration.

The US earnings season kicks off in earnest today, and traders will be looking for them to add fresh impetus to topside momentum. The current week remained a bit slow due to lack of fundamentals, but the US inflation and PPI figures compensated for the slower week. The FX market did react well to the stronger data, and the dollar is higher against all of the major pairs.

Today, investor focus remains on the US Consumer Sentiment and the European Industrial Production m/m figures.

The European industrial production due at 9:00 GMTmand it’s expected to drop from -0.5% to 1.4%. For your info, it’s a change in the total inflation-adjusted value of output produced by manufacturers, mines, and utilities. The higher figure is considered suitable for currency.

At 14:00 GMT, the University of Michigan’s final consumer sentiment will remain in focus. It’s a survey of about 500 consumers which asks respondents to rate the relative level of current and future economic conditions.

As per the economist forecast, the data is expected to drop from 98.4 to to 98.1, which means that consumers feel less confident about the US economy and it may drag down demand for the US dollar today.

EUR/USD – Bullish Breakout of the Range

The US dollar dropped distinctly against its six major rivals in a knee-jerk response to the latest US media reports, indicating that Herman Cain is suspected of retiring from Fed Board of Governors consideration in the coming days after several Republican Senators came out against Cain’s appointment in the US last session.

On Thursday, EUR/USD has shown an aggressive reaction to this news as the EUR/USD prices reached 1.1240. Yesterday, the pair was facing resistance at 1.1285 and support at 1.1250. But this resistance isn’t valid anymore, and in fact, it’s likely to work as a support level now.

The RSI is overbought, and the 50 periods EMA is signaling a bullish bias. On the upper side, the continuation of the bullish trend above 1.1285 can lead EUR/USD towards 1.1330. I will consider taking positions only on breakouts as the sideways channel isn’t too big to yield profits.