Crude Oil Breaks Out of Range, US-Iran Tensions in Highlights

Earlier during the Asian session, crude oil prices scored to their highest since November 2018, after the US declared to end all waivers on imports Iranian oil by then end of next week. The White House announced that waivers for China, India, Japan, South Korea, and Turkey would terminate in May, after which they could challenge US sanctions on themselves. The US President Donald Trump is convinced that Saudi Arabia and the United Arab Emirates will meet their promises to make up the difference in oil markets.

Crude Oil – Technical Analysis
As you can see on the 4-hour chart, the WTI crude oil is likely to face resistance at $66. Right below this level, oil has closed a Doji pattern which is suggesting weakness in the bullish sentiment.

The RSI is holding above 80 levels suggesting that the retracement is on the cards. The 50 periods EMA stays at $64, leaving enough room for a retracement. 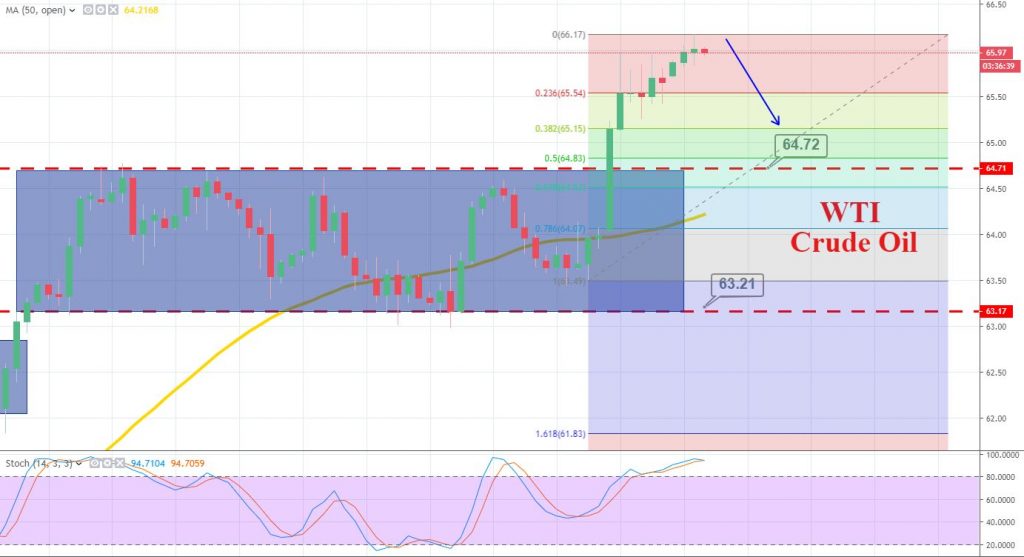