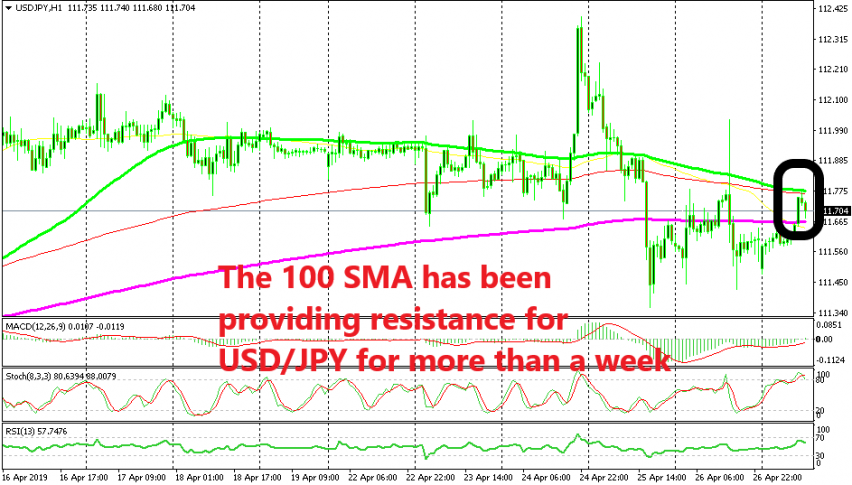 Shorting USD/JPY at the Resistance Indicator

A bearish reversing pattern has formed now on the H1 chart

USD/JPY has been trading on an uptrend since the beginning of January after it crashed around 5 cents lower when the year started. It has climbed around 8 cents since the bottom of that crash, but in the last two months it has been finding it difficult to hold above 112.

The price moved above that level at the beginning of last month but then reversed and dipped below 110. The buyers tried the upside again last week and broke above 112 again, but they couldn’t hold on to gains and the price reversed down. In fact, last week the sellers were in control most of the time.

If we look at the H1 chart, USD/JPY has been finding resistance at the 100 SMA (green) for more than a week, apart from that time when the price surged higher, but then reversed back down again. Today, we saw a retrace higher during the Asian session but the retrace is complete now and it seems like the price is about to reverse down again.

The previous candlestick closed as a small upside-down hammer which is a reversing signal and that signal was formed below the 100 SMA again. So, this moving average is providing resistance again for this pair. The price is already starting to reverse down and we decided to take this opportunity. We just opened a sell forex signal.