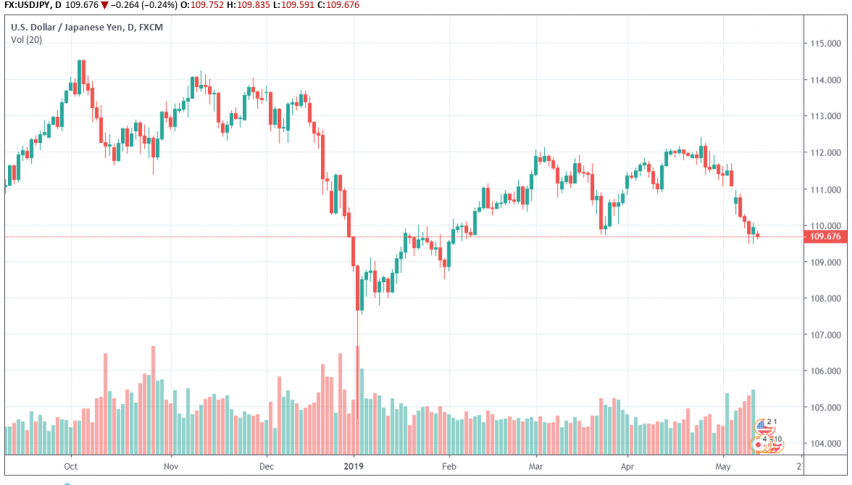 US Looking to Sign a Trade Deal With Japan Soon

US and China may still be negotiating terms of their trade deal, but there’s another trade discussion happening simultaneously. On the sidelines of the US-China trade talks, US is trying to fix a trade deal with Japan swiftly.

The US government is hoping that Japan gives it a status of being a premier customer. The focus is on farm products and other goods that the two countries trade with each other.

However, US Secretary of Agriculture Sonny Perdue admits that a trade deal with Japan could take some time to materialize. Negotiations are being handled by US Trade Representative Robert Lighthizer and Japan’s Economy Minister Toshimitsu Motegi.

Given that Lighthizer has his hands full as he continues negotiating with China against the backdrop of the most recent tariff hike, it could take longer for him to turn his focus to Japan. Meanwhile, USD/JPY continues to trade bearish, touching 109.67 at the time of writing.