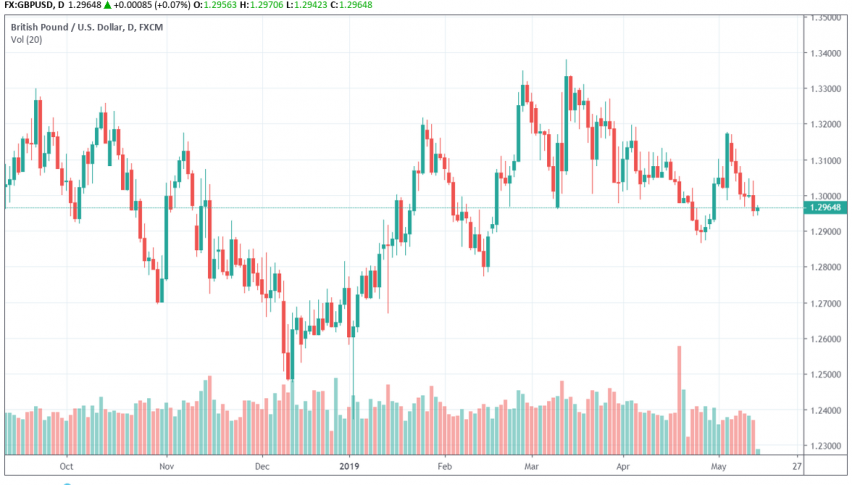 The interim director general of the Institute of Directors, Edwin Morgan, has stated that the possibility of a no-deal Brexit is still very much real. While speaking to Bloomberg, he also stated that many businesses could still be unprepared for such a scenario taking place in October.

Given that Parliaments keeps voting out the Brexit deal repeatedly, it is possible that Britain exits the EU without any deal in hand after the October deadline. After all, there are only so many chances even the EU can give for Britons to make up their mind, right?

PM Theresa May continues to be pressurized by her party members to make headway in cross-party talks with the opposition Labour Party or to make way for some other leader who can make it happen. Even though the Parliament has voted down the possibility of a no-deal Brexit, Morgan maintains that this remains more possible than they care to admit.

On Tuesday, GBP/USD continues to trade under the 1.30 level, with no optimistic developments on Brexit forthcoming.