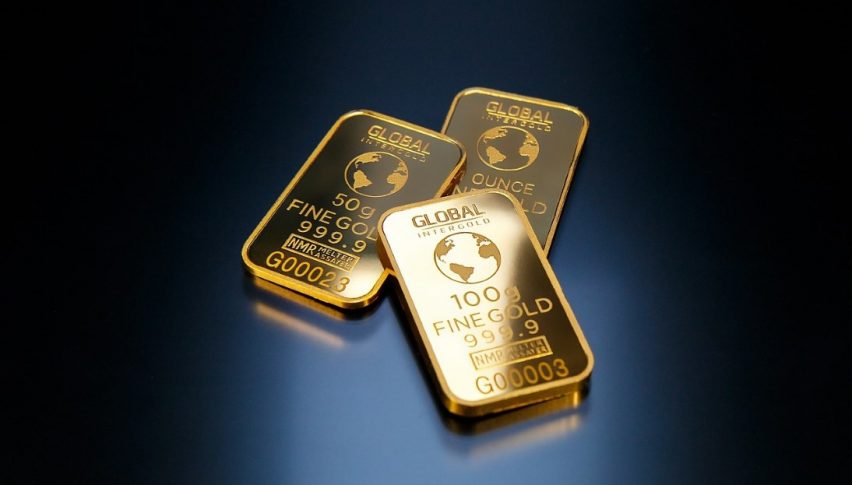 Daily Briefing, May 16 – Thin Economic Docket, How to Trade Gold?

December Gold Futures Are Testing The Waters Beneath 1500.0.

Gold prices slightly dropped on Thursday in the Asian session, holding below the critical $1,300 level, as global stocks recovered from a slump earlier this week triggered by increasing US-China trade tensions.

The safe-haven metal broke above $1,300 on Monday, hitting one-month highs, as risk-averse investors headed to its safe-haven cover after China forced higher tariffs on a range of US goods.

However, US President Donald Trump’s comforting remarks on China on Tuesday reiterated the probability that a trade deal between Washington and Beijing was still on the table. Next month’s G20 meeting will remain significant for both nations. What’s on the fundamental side?

German Buba President Weidmann Speaks – 8:15 GMT
German President Jens Weidmann is due to deliver a speech titled “Challenges for the German Economic Model” at the German Savings Banks Association, in Hamburg. Why is it important?

Eurogroup Meetings – Folks, the Eurogroup meetings are usually held in Brussels and attended by the Eurogroup President, Finance Ministers from euro area member states, the Commissioner for economic and monetary affairs, and the President of the European Central Bank.

The idea is to discuss a range of financial issues, such as Euro support mechanisms and government finances. The meetings are closed to the press but officials usually talk with reporters throughout the day, and a formal statement covering meeting objectives may be released after the sessions have concluded. So, we can expect volatility in Euro currency pairs.

BOC Gov Poloz is due to hold a press conference about the Financial System Review, in Ottawa at 15:15 GMT. Hawkish remarks from his side could impact the market. No major moves are expected.

Gold is approaching our first resistance at $1302.263 (horizontal swing high resistance, 100% Fibonacci extension after completed 50% retracement at 1,292. On the technical front today, a close above $1,293 (Wednesday’s low) would confirm that the sellers are exhausted and facing indecision.

The series of EMA (20, 25 and 50 periods) are also supporting gold around 1,293 today. A close above $1,309 (Wednesday’s high) would invalidate the doji candle and may trigger buying in gold.