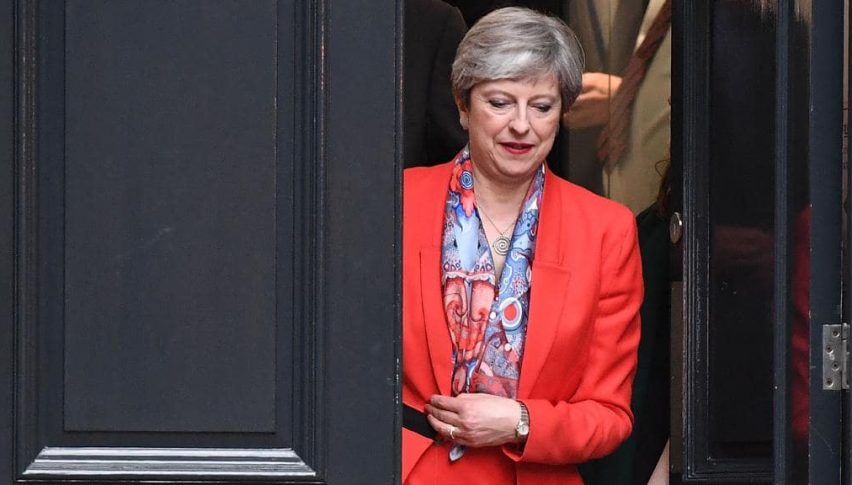 British PM Theresa May is expected to announce the date of her resignation on Friday amid failure to pass her Brexit deal through the Parliament. May will meet the Chairman of the 1922 Committee in order to decide on her departure schedule.

All possible successors to May are pro-Brexit and could potentially negotiate a tougher deal with the EU for Britain’s exit. May is likely to carry on as caretaker PM until the Conservative Party elects a new leader to take her place.

GBP/USD Heading Lower into Sell Zone - Do We Have a Sell Trade?
4 days ago