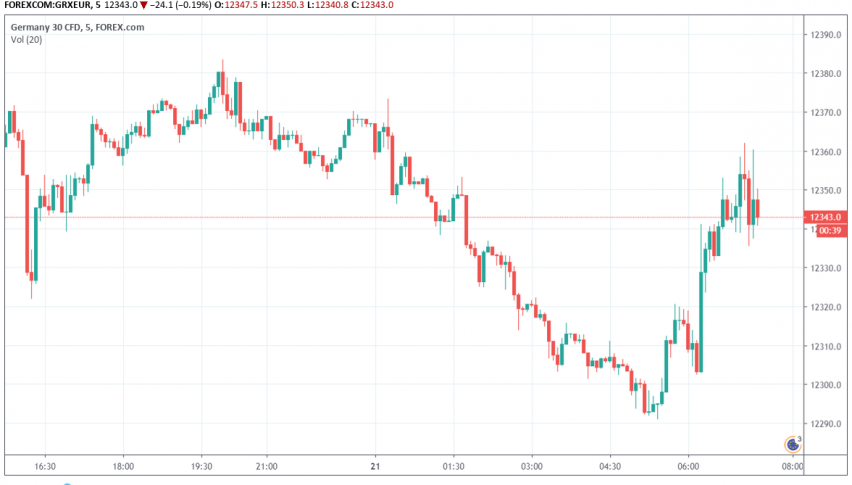 Earlier this week, the market sentiment had started improving over reports that US and China were planning to resume their trade negotiations. But now, tensions between US and Iran are flaring up in the Middle East, hurting the sentiment once again.

European stock markets are expected to open lower on Friday over reports that US President Trump was considering an attack on Iran in retaliation to the US drone being shot down yesterday. At the time of writing, DAX is trading slightly over 12344, lower than the 12367 close on Thursday.

On Thursday, Revolutionary Guards had claimed that they shot down a US spy drone within Iranian airspace – a claim that the US had initially denied. However, later during the day, US officials backtracked and stated that a missile attack had downed their surveillance drone which was flying over the Strait of Hormuz – the same region where oil tankers were attacked a few days ago.

List of US Companies Releasing Earnings (EPS) Today
24 hours ago

List of US Companies Releasing Earnings (EPS) Today
7 days ago