Is NZD/USD Going to Reverse at the 200 SMA? - Forex News by FX Leaders 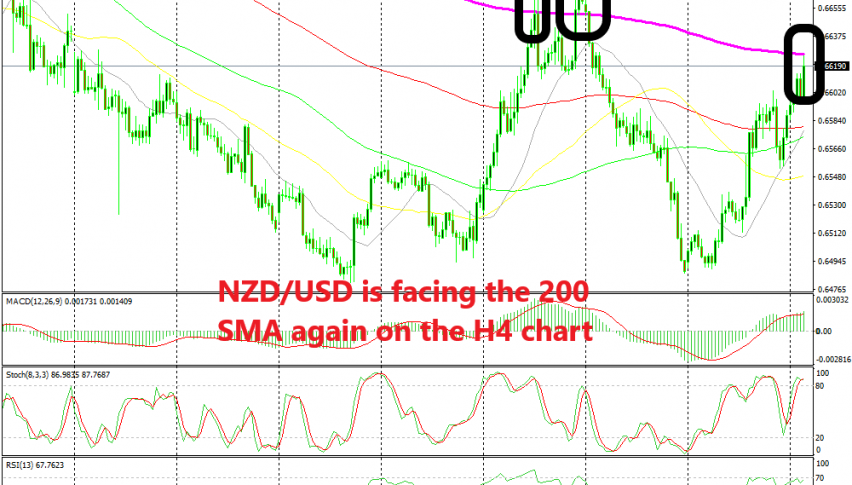 Will we see another reverse down in NZD/USD?

NZD/USD has been trading on a bearish trend which picked up pace during the last two months after the trade war between US and China escalated. The NZD turned bearish as a risk currency, which usually do so in troubled times. Besides that, the NZD gets also affected negatively since China imports raw materials from New Zealand and an increasing conflict would mean a weaker Chinese economy, thus less exports to China.

The first week of this month was bullish as the market started pricing in a rate cut from the FED next month, but the price ran into the 200 SMA (purple) on the H4 chart. The price pierced above it twice that week but it reversed back below it and fell back  down in the following week, which was quite bearish.

Last week though, the situation reversed again, especially after the FED meeting on Wednesday which was quite dovish. The odds of a rate cut now increased to almost 100% and the USD turned increasingly bearish. Today we saw another push to the upside but the climb stalled right at the 200 SMA once again. It has pulled back a bit now and the stochastic indicator is overbought, which means that this move is complete. But, the situation has turned pretty gloomy for the USD now, so this trade is a bit dangerous. Although, it’s a trade idea if you have the nerves to take it.