WTI Crude Oil Slips Despite Fall in US Inventories – What’s Behind it? - Forex News by FX Leaders

WTI Crude Oil Slips Despite Fall in US Inventories – What’s Behind it?

During the Asian session, WTI crude oil prices dropped despite a fall in US Crude Oil inventories, following the statement of data that showed a large fall in US crude inventories. The EIA (Energy Information Administration) said in a weekly report that WTI crude oil inventories dropped by 12.79 million barrels. Well, that’s the largest drop since 2016 as investors feel a bit confident about the US China trade deal in G20 Summit on Friday.

The G20 summit will also be in the highlights for all oil traders because Russian President Vladimir Putin will be meeting Saudi Crown Prince Mohammad Bin Salman to discuss the current output cut deal between OPEC and other producers. 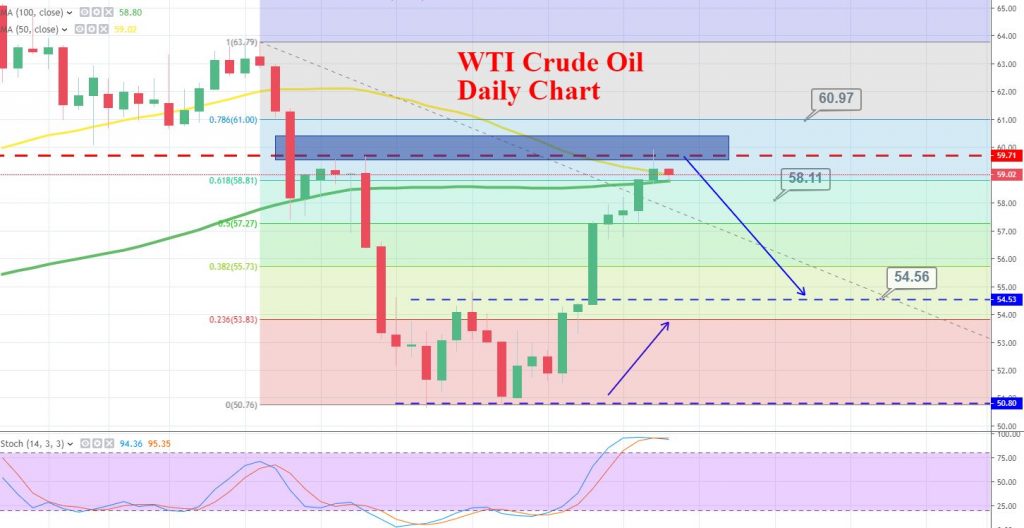 WTI crude oil has come below the 57.85 area, it’s the same level which earlier provided support to crude oil. Since the market is closing below this level, it’s going to work as a resistance.

The bullish breakout of this level may extend the buying trend until 61, but below this, oil has the potential to stay bearish until 58.12 and 57.20. The idea is to stay bearish below 59.60 with an initial target of 58. Elsewhere, buying is suggested near 57.40 today.

Forex Signals Brief for Mar 1: Trump in Focus
52 mins ago