US Session Forex Brief, June 28 – No One is Going Anywhere Until G20 Summit Ends - Forex News by FX Leaders 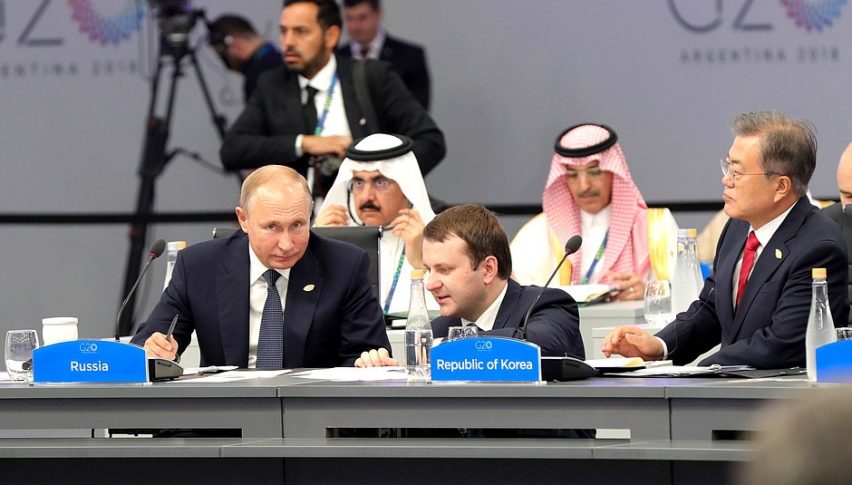 US Session Forex Brief, June 28 – No One is Going Anywhere Until G20 Summit Ends

I suppose Oil will also be on the G20 summit agenda

A lot has been going on in relation to financial markets in recent months. The global economy started to deteriorate again after a short-lived revival in Q1 and in Q2, the global economic slowdown has picked up pace further, with the US economy which as holding up well in 2018, now joining the rest of major economies. The trade war with China has picked up as well in the last two months which has hurt the sentiment in financial markets, while geopolitical tensions between US and Iran almost led to another war in the Middle East. So, financial markets have been sort of hectic during these two months.

But now, the G20 Summit is finally here, which should give us some clarity of where things might be headed in the coming months. The main issue of this summit is the meeting between US President Trump and the Chinese counterpart Xi. China has all eyes on this meeting, trying to get a break from the tariffs but nothing is certain. US Trade Secretary Mnuchin did say that the trade deal is 90% done, but just like the Brexit deal which was 95% complete, it’s the 5% or the 10% that matters most. So, all these issues, including Brexit and the European parliament, will be discussed in this summit and everyone is waiting to see what will be decided before they take any sides in financial markets, and that’s why the price action has been minimal today. 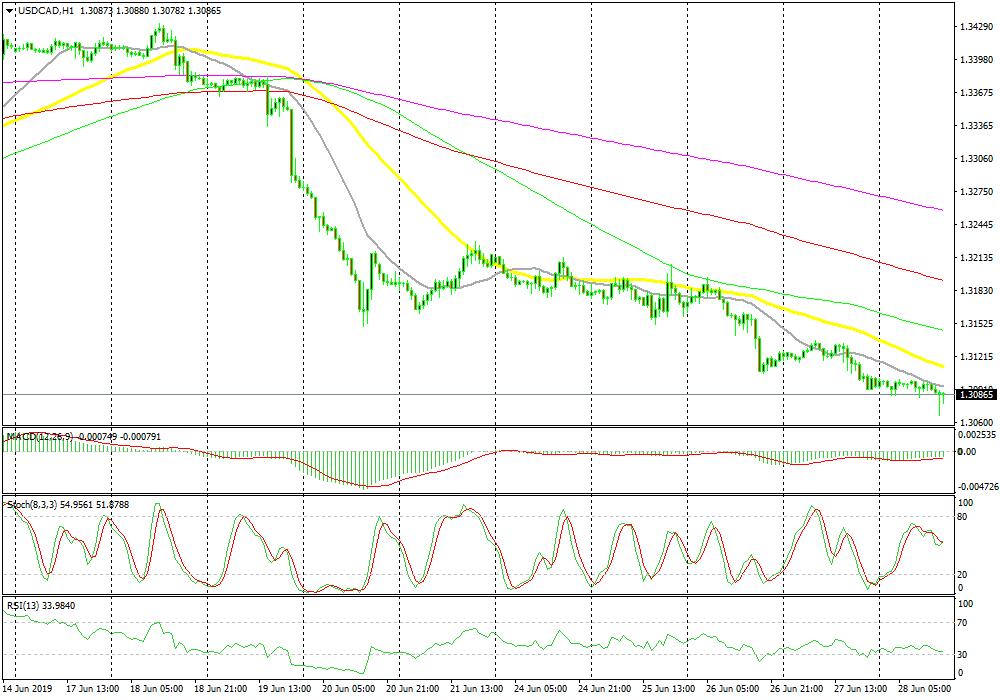 The retraces has been really weak this week

USD/CAD turned bearish last week, particularly after the FED meeting last Wednesday and has lost around 350 pips from top to bottom during this time. The climb in Crude Oil prices has also helped the CAD, which remains bullish now, with USD/CAD remaining bearish. Fundamentals are also pointing down and today’s positive GDP reading from Canada sent this pair 20 pips higher. The moving averages are also pushing the price lower, so everything screams bearish for this pair.

The G20 Summit has already started but we haven’t gotten any meaningful messages from there yet. I suppose they are doing the courtesy rituals today before the grown up talks start. Trump tweeted about the rally in stock markets today, but if he and the Chinese President Xi don’t reach a deal this weekend, the stock markets will turn bearish again, which would be funny. But, let’s hope for the best.