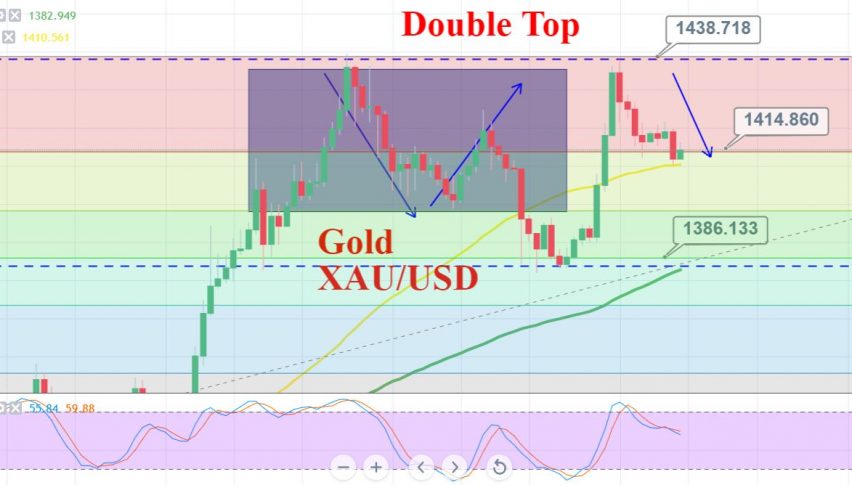 On Thursday, the yellow metal gold’s prices trimmed lower due to bullish movement in the stock markets, while traders sought trends from the forthcoming US non-farm payrolls figures for more clues on the Federal Reserve’s stance on rate cuts.

The precious metal gold was on track to mark its seventh week of gains, prompted mainly by global growth concerns and a dovish forecast from major central banks. The stocks and bonds markets remain bullish on the interest rate cut at the US Federal Reserve bank and European Central bank.

GOLD has tested $1,438 level for the second time in two weeks, making this level double top. The same level is working as a stronger hurdle for gold now, pushing it lower, just the way we suggested earlier.

Stochastics and RSI are falling below 80, coming out of the oversold zone. This suggests the odds of a bearish retracement. Continuation of correction can lead gold prices towards $1,414 and $1,1400. However, on the way to $1,400, gold will face reliable support by the 50 periods EMA at $1,414.

On the flip side, a bullish breakout of second top-level $1,438 can lead gold towards $1,451 and $1,465, but it’s unlikely today as the US markets remain closed in the wake of Independence Day. 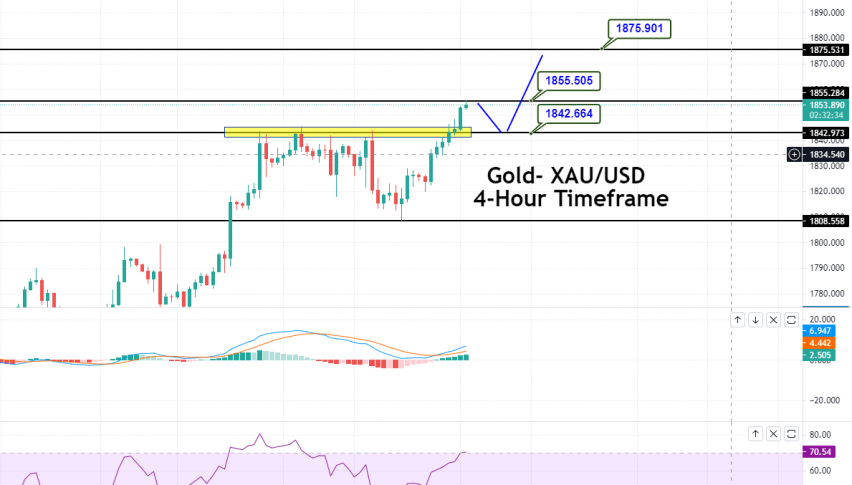