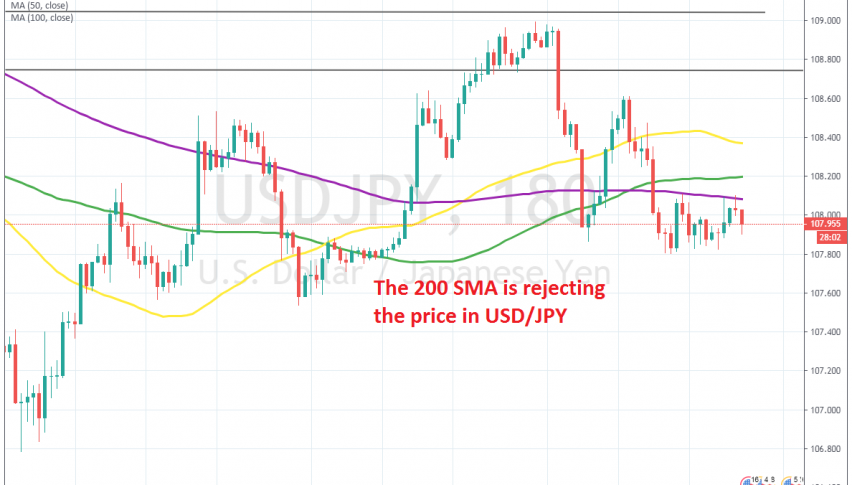 USD/JPY Forms A Bearish Pattern Below the 200 SMA

USD/JPY has been on a bullish trend for the  previous three weeks,  following a steep decline in May and June as the global economy weakened further and the sentiment turned negative, which benefits safe haven assets such as the JPY, GOLD and the CHF. As a result, this pair lost nearly 60 pips during the previous two months, but in the last few weeks, we have seen this pair follow a slow bullish channel.

Although, the bullish trend of the last few weeks looked more like a retrace of the bigger bearish trend, which was likely to end at some point. That retrace ended last Wednesday after Jerome Powell’s dovish remarks which turned the USD bearish.

As a result, this pair fell from 109 to below 108, where it is trading right now. there was an attempt to reverse the price higher earlier at the start of the European session, but the climb ended at the 200 SMA (purple) which stands above 108. The price found resistance at that moving average and is reversing down now after forming a doji candlestick which is a reversing sign indeed. We decided to open a sell signal after the doji candlestick, so we are short on this pair now, hoping that the downside stretches further