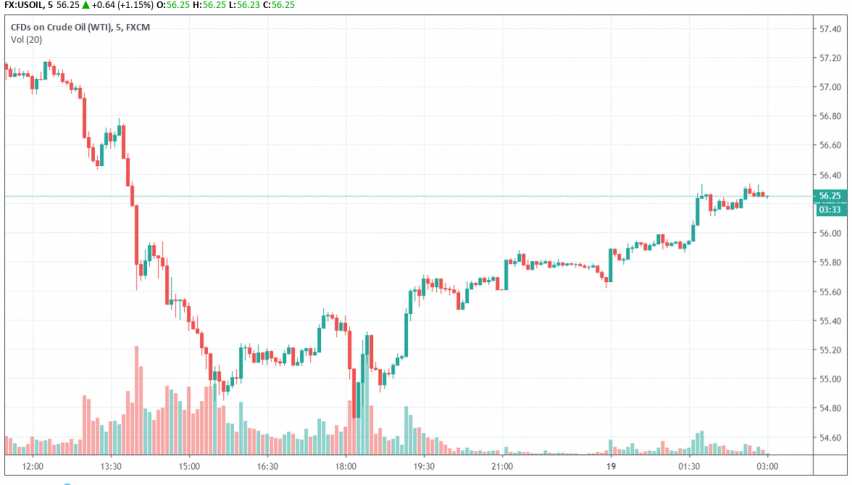 On Thursday, the US Navy announced that it had “destroyed” an Iranian drone which had threatened one of its ships in the Strait of Hormuz. However, Iran is yet to confirm the loss of its drone in the region. Tensions are building up in the region after Britain also pledged to defend its shipping interests, while the US also stated that it would resort to “aggressive” measures to ensure safe movement of oil tankers.

However, crude oil’s gains continue to remain restricted by the long-term bearish outlook for global demand. As a result of the ongoing trade tensions between the US and China, the International Energy Agency (IEA) has reduced its 2019 global oil demand forecast to 1.1 million bpd, from its original growth forecast of 1.5 million bod which was then revised down to 1.2 million bpd in June.