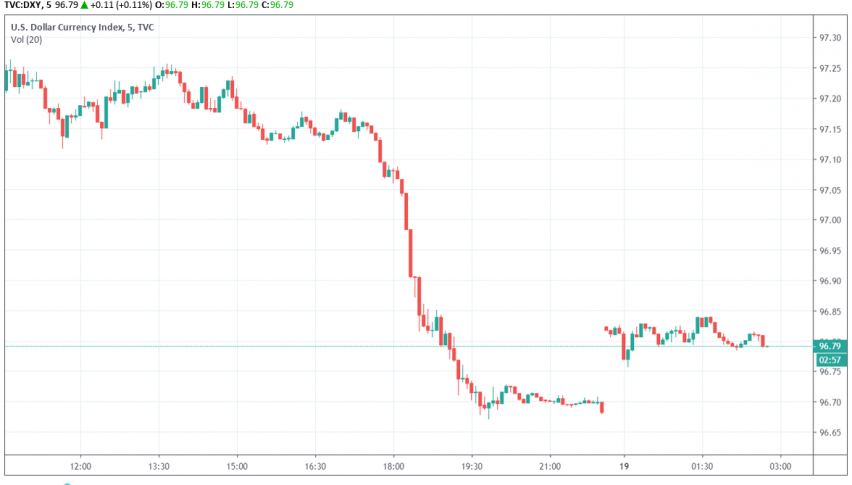 Fed rate cut sentiments have been keeping the dollar under pressure lately, but on Thursday, Fed officials hinted at aggressive rate cuts, causing further weakness in the US dollar. At the time of writing, the US dollar index DXY is trading at around 96.79.

While addressing a central banking conference, New York Federal Reserve President John Williams talked about how the central bank should step in proactively to combat low inflation when interest rates are held low. His statements have increased markets’ expectations for a 0.50% rate cut in July.

According to him, keeping rates neutral would fail to move the US economy significantly either up or down. The neutral rate he talked about is close to the Fed’s current inflation-adjusted policy rate, which falling between 2.25% and 2.50%.

However, after the speech, the New York Fed clarified that Williams’ speech was not referring to the upcoming policy meeting of the central bank due on 30-31 July. As of now, the odds of a 0.50% rate cut by the Fed in July stand at around 40%.