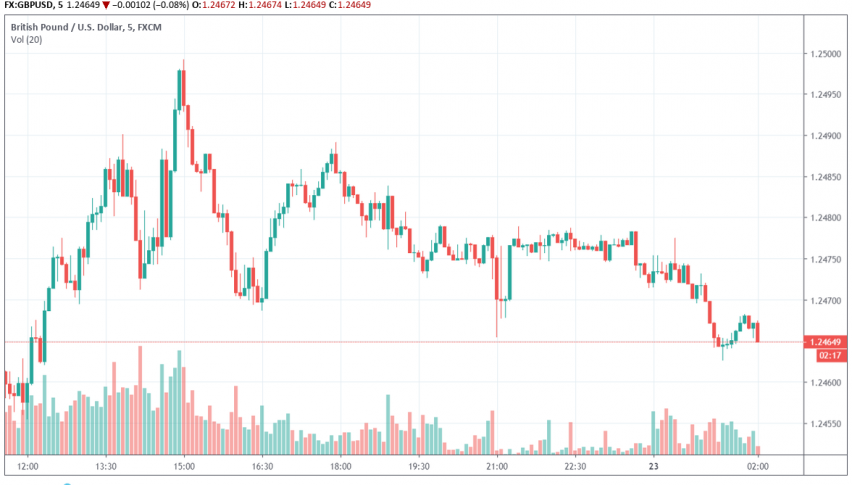 Weeks after Theresa May stepped down, the UK could soon have a PM in Boris Johnson to lead it out of the EU, but the anticipation is not helping the Pound. Early on Tuesday, GBP/USD continues to trade weakly over increasing worries of a no-deal Brexit.

At the time of writing, GBP/USD is trading at around 1.246 as markets remain concerned over Boris Johnson coming to power and taking Britain out of the EU without a deal. A hard Brexit would harm the British economy in the long-term and possibly even push it into recession.

The medium-term outlook for the Sterling also remains bearish, which could continue at least until Brexit actually happens. For now, the deadline stays at October 31, but we’ve been hearing EU officials suggest a possible delay being granted amid rising uncertainties.

However, with Boris Johnson at the helm, this scenario looks highly unlikely given his Eurosceptic, pro-Brexit leanings. Over the past three months, the Pound has lost 3.5% of its value against the US dollar over no-deal Brexit worries.