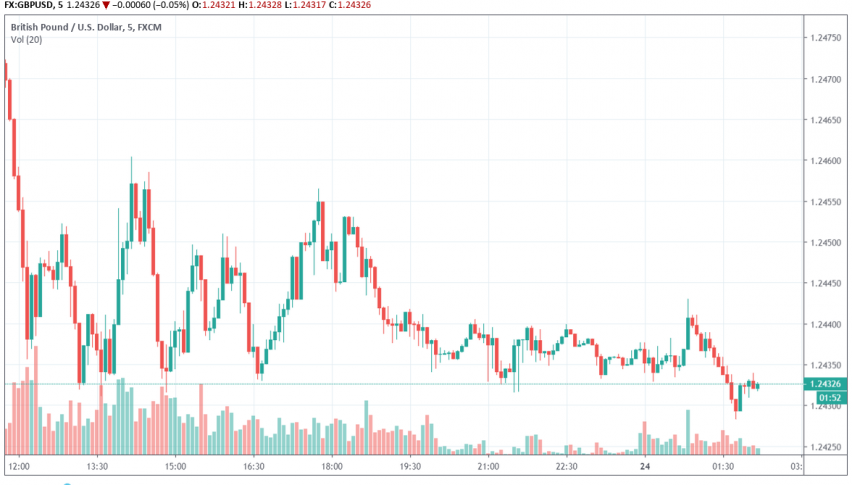 GBP/USD Weakens After BoJo Comes to Power, as Expected

As expected, GBP/USD turned more bearish yesterday after Boris Johnson was officially announced as UK’s next PM. On Wednesday, it continues under the 1.25 level and is trading at around 1.243 at the time of writing.

Boris Johnson’s victory has renewed fears of a no-deal Brexit, which he is keen on, but which could push UK’s economy into a recession and impact businesses adversely for some time to come. In the coming days, the focus will be on how many of his ministers will be opposed to Johnson’s plans for a hard Brexit.

So far this month, the Pound has already lost 2% of its value against the US dollar over Johnson’s no-deal Brexit rhetoric. The EU has also continued to insist that it is unwilling to renegotiate any deal with the UK other than the current withdrawal agreement. Does this mean the UK will have to exit the EU with no deal then?